Armitage to start on wing against Pumas 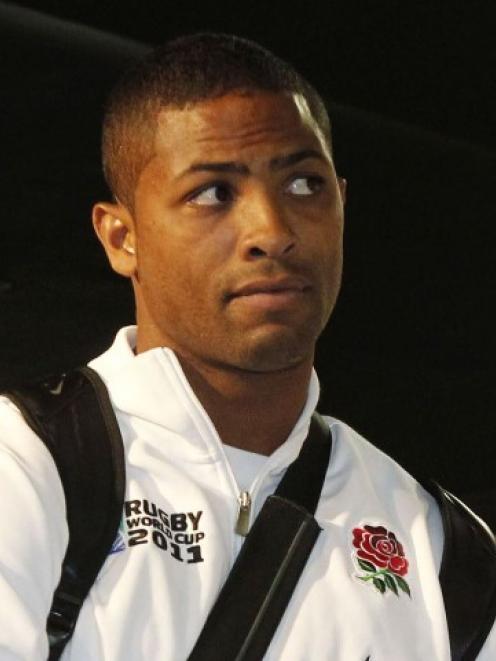 Delon Armitage. Photo: Reuters
Delon Armitage will start a test on the wing for the first time after replacing injured Mark Cueto in the England team to play Argentina in their World Cup Pool B opener on Saturday.

Armitage, who has 22 caps usually at fullback, impressed after replacing Cueto early in England's warm-up win over Ireland last month and was named at left wing by coach Martin Johnson on Thursday after Cueto failed to fully recover from a back injury.

Manu Tuilagi, who scored two tries in as many appearances in the August warm-up games, wins his third cap at outside centre, with Mike Tindall inside him and captaining the side in the absence of injured Lewis Moody.

Jonny Wilkinson, whose extra-time drop goal won the 2003 World Cup final, was given the nod at flyhalf, having also impressed in the August tests, with Toby Flood on the bench.

Richard Wigglesworth starts at scrumhalf with Ben Youngs on the bench as he edges back to fitness following knee surgery, while Nick Easter comes in at No 8, with James Haskell at openside flanker and Tom Croft on the blindside.

Armitage had a flying start to his England career after making his debut in 2008, but fell out of favour as injuries, suspensions and a drop in form made a place in the World Cup squad appear an unlikely prospect.

However, he timed his charge back to form perfectly and grabbed the starting berth ahead of Matt Banahan, who covers wing and centre from the bench on Saturday.

"Mark (Cueto) has trained all week and could play if he needed too but Delon has put his hand up and is great form so it's quite a simple decision," Johnson told reporters.

"He's come in, worked hard and played well, so we've no qualms about picking him."

The return of Wilkinson, appearing in his fourth World Cup, was widely expected after his calm control of England's wins over Wales and Ireland came in stark contrast to Flood's struggles in England's defeat in Cardiff.

"Toby's started more than Jonny in the last 18 months but Jonny's been in great form and just got his nose in front for this game," Johnson said.

"It's great to have two (number) 10s who can step up and that's one of the good things at the moment... we don't have a drop off between players in positions."

Saturday's clash between the runners-up and third-placed team from the 2007 World Cup is likely to decide the pool winners, who will probably be rewarded by avoiding hosts New Zealand in the quarter-finals.

Scotland, Georgia and Romania are the other teams in Pool B.