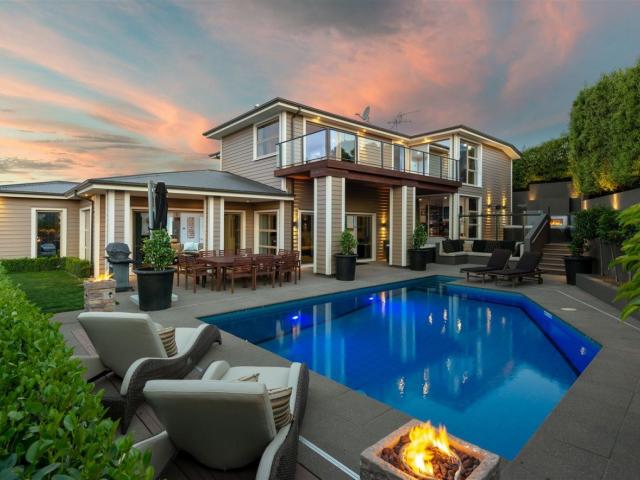 A suburb at the base of the Port Hills tops the list of Christchurch's most sought after locations where property values have gone through the roof.

Paul Nicholls has ample wins to savour after another dominant season at Cashmere Technical - but it was two games the side didn’t win that really impressed the manager.

A Canterbury club rugby stalwart has moved the goalposts by chasing an ambitious bid to make his mark in Australia’s premier football code.

Mark Brown never quite made the step up to provincial rugby amid stiff competition for a start in Otago’s formidable loose forward trio in the 1990s - so he switched focus to helping other talented players reach the top.

Glenn Wilson plans to play tennis into his 80s, so for now the Christchurch interclub premier grade competition isn’t beyond his realm of possibilities.

Zane Thompson has turned our national sport into a card and dice based board game with all the intricacies of rugby built in.

Christchurch’s medical community is in mourning alongside scores of former and current patients cared for by leading haematologist Dr Mark Smith.

It may not have the financial implications associated with the relegation dogfights of European football leagues, but the stakes are still high for one Christchurch club in the MPL this weekend.

A group of strangers have banded together to make a 12-year-old Christchurch boy's dream come true.

The rebuilding Canterbury Bulls are already in danger of missing this year’s grand final after copping a hiding from Counties Manukau but their coach says they will better this weekend.

When Connor Newton swept up a loose ball and hared downfield with a stiff breeze at his back, a five-year plan to end decades of disappointment was moments away from fruition at Rugby Park.

The Canterbury Bulls start their national premiership campaign against Counties Manukau on Saturday.

Alex Todd is familiar with laying foundations on and off the field - so it is still business as usual for the Linwood Keas stalwart as he eyes another rugby league title with the Canterbury Bulls.

Wilding Park already features the hardcourts associated with the Australian and US Opens, and now a plan to clone the courts used for the other grand slams is running smoothly.

The Canterbury side to take on Hawke’s Bay in Napier on Saturday will be led by stand-in captain Whetukamokamo Douglas at No 8.

One of the most iconic backdrops in sport, the Swilcan Bridge at the Old Course at St Andrews in Scotland, has been replicated on a Christchurch golf course.

Canterbury will understandably maximise the use of their soon-to-be departing All Blacks contingent when they face their first genuine Ranfurly Shield defence of the season on Saturday.

Sport played a pivotal position as a diversion, a reminder of normality, during a winter ravaged by Covid-19.

As a mother of five, Hana Kakoi is accustomed to laying down the law - but she found it more difficult to keep adults in line or out of the Linwood Keas’ home ground.