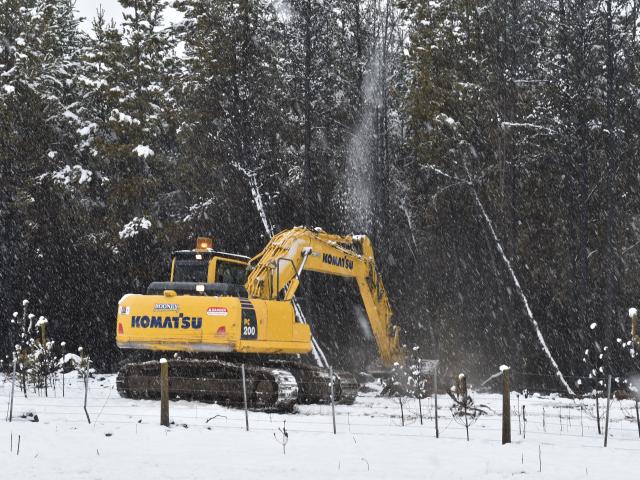 Mayor Graham Smith says the Mackenzie District "couldn't have asked for better" in regards to overnight snowfall which helped contain the large blaze near Lake Pukaki.

It has long been said that eating carrots helps improve your eyesight. But you would be forgiven for thinking you were seeing things if you drove the Waipahi Highway in the last 12 hours or so.

As of today, active cases of Covid-19 in the South have dropped into single digits and the district has now gone 14 straight days without a new case of the virus being reported.

There are "hundreds and thousands" of flu vaccine doses in the South Island and people taking out their frustration on Dunedin healthcare workers is "not OK", the Prime Minister says.

There have been no new cases of coronavirus in the Southern DHB area over the latest reporting period.

Sometimes it can be hard to find a good burger but it seems Otago residents don't have to look too far for one after burgers from three restaurants in the region were ranked in the top 10 in the country.

Santa Claus made his way to town today but not in the way you might think as he hooned past tourists while riding a jet ski in the Otago Harbour this morning.

A former Dunedin man took to the skies, capturing spectacular footage of the morning fog blanketing the city last week.

Instead of receiving birthday gifts from friends and family like your average 21-year-old, Dunedin man Royce Bisset raised more than $1000 for charity instead.

A new company is returning to its Dunedin roots after launching in September in Christchurch.

Improving public understanding of the judge's role in sentencing was the subject of a talk to the Otago Women Lawyers' Society yesterday.

The flow-on effect from this year's Cricket World Cup, new game formats and online registrations have all contributed to a rise in young cricketers playing the game.

A Zimbabwean family who spent a year apart have together become New Zealand citizens.

A shoemaking school which opened in Dunedin this week is attracting students from across New Zealand and overseas.

The 35-year relationship between Dunedin and its Japanese sister city is being celebrated this week.

After years of dedication, school pupils from around the province gathered to collect their gold Duke of Edinburgh Hillary Awards in Dunedin yesterday.

Surf lifesavers fear more people will be injured on rocks piled at the base of the St Clair Beach sea wall.