Photo: ODT files
State-owned broadcaster TVNZ is being promised a capital injection of taxpayer funds of up to $30 million if business conditions worsen substantially in coming months.

Chief executive Kevin Kenrick described the $30 million uncalled share subscription arrangement as akin to the balance sheet strengthening undertaken by numerous listed companies in response to the shock to economic conditions caused by Covid-19, although it would only be required ‘‘in a distressed scenario’’.

‘‘We’ve got more than $50 million in cash and zero debt,’’ he told BusinessDesk.

‘‘It’s a prudent safety net. We would be very disappointed if we had to draw on it.’’

A $20 million undrawn bank facility had also been reconfirmed as the country’s dominant linear TV broadcaster reported a $9.8 million operating loss for the year to June 30, caused by the combination of about $15 million of advertising revenue disappearing thanks to Covid-19 and some $30 million of one-off restructuring and content contract writedowns. 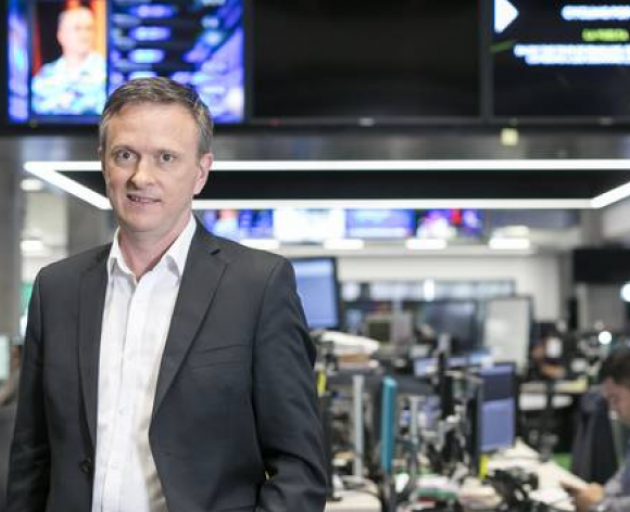 TVNZ chief executive Kevin Kenrick. Photo: NZ Herald
Advertising revenue, which had been growing at 5% year-on-year before seven weeks of lockdowns between late March and early May closed most of the country’s businesses, came in at $286.3 million for the year, compared with $293.2 million in the 2018-19 financial year.

Total revenue at $310.8 million was barely changed from the $310.7 million recorded in the earlier year, when earnings before interest, tax, depreciation, amortisation and changes in the value of financial instruments came in at $24.6 million.

The company recorded a net statutory loss of $25.8 million for the year, compared with a $2.9 million tax-paid profit a year earlier.

Mr Kenrick said while the second Covid lockdown had knocked confidence and advertising spending, the impact had not been as dramatic as during the first lockdown and he was ‘‘cautiously optimistic’’ about advertising spend over the Christmas period and for major events such as the America’s Cup in late 2020 and the first quarter of 2021.

‘‘At a certain point, businesses can’t save their way to profitability. You’ve got to start selling at some stage.’’

‘‘Right now, audiences are not our problem. They are booming, in both absolute terms and our share of viewership.’’

TVNZ on Demand, the broadcaster’s streaming service, had grown strongly during the first lockdown and that had been maintained since then. Advertising in the on-demand channels rose by 19% and appeared to have contributed about $30 million to total advertising revenues, although TVNZ did not split that figure out separately, he said.

In the year ahead, TVNZ expected to keep increasing the proportion of local content it screened, partly because this was its strategy and also because it anticipated shortages of new international content because of the global disruption to production caused by Covid-19 social distancing and lockdowns.