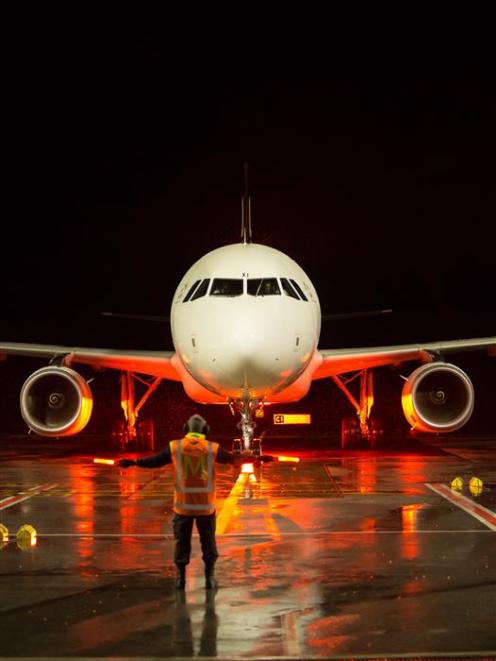 Auckland Airport, which has a shareholding in Queenstown Airport, reported the trend for double-digit growth continued in April. International passenger numbers were up 28.4% to 36,414, with growth on all international routes.

The first night flight arrived at Queenstown Airport on Monday night. Air New Zealand's full evening schedule starts on July 3 when the last evening flight will depart Queenstown at 7.30pm and the last arrival will land at 9.35pm.

Jetstar's first international evening service, from Melbourne, is scheduled to land on June 24.

All regions experienced growth in April with Asia and the Middle East (more than 33,000 passengers) and Australasia (more than 13,500) driven by capacity increases from new international services.

International transit passengers grew by 45.8% in April. The combined international passenger numbers were up 9.9%.

The airport reported its international visitor numbers from Southeast Asia grew by 32% in April.

Malaysia visitor arrivals were up 61%, boosted by double-daily Kuala Lumpur-Auckland services in April, from Malaysia Airlines' direct A330 service and Air AsiaX's indirect service through the Gold Coast.

Thailand visitor arrivals, which were up 26.3%, were stimulated by the addition of Thai Airways' fifth weekly Bangkok-Auckland service each Saturday.

Visitor arrivals from Singapore were up 18.6% and Indonesian arrivals rose 12.8%.