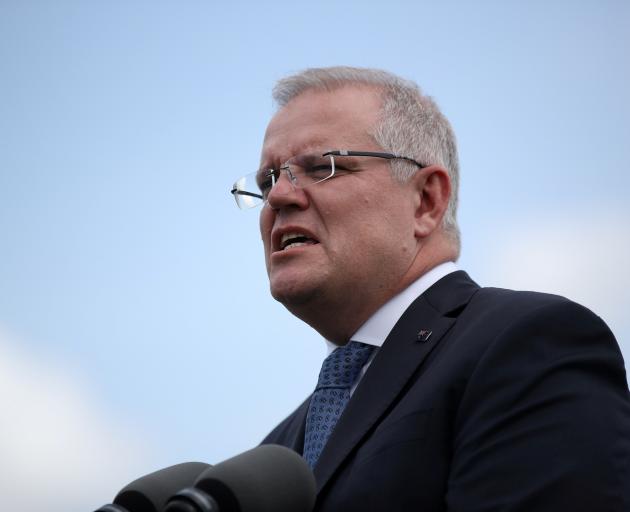 The move to spend $A1.5 billion ($NZ1.6 billion) to put manufacturing at the centre of a long-term recovery plan comes amid a realisation that Australia has been too reliant on Asia for the supply of essential goods.

Sour relations with top trading partner, China, and the pandemic's impact on global supply chains have also strengthened that view.

Five days ahead of the federal budget, Morrison used his speech to pledge funding and support for Australian businesses in resources and critical minerals, food and beverages, medical products, recycling and clean energy, space, and defence.

Businesses will be eligible for grants of between $A100,000 and $A1 million, he said, adding they will be required to match the government funds by a ratio of three to one.

"Long gone are the days of trying to compete with labour intensive, low-cost manufacturing economies. Gone too are any pretensions of protectionism as a viable strategy for domestic manufacturing," Morrison said.

Australia has the potential and room to expand manufacturing, the Prime Minister said.

It should make up about 15-20% of GDP, says Andrew Liveris, former head of US industrial giant Dow Chemicals, who returned to his native Australia this year to join Morrison's manufacturing advisory taskforce.

Australia's $A2 trillion economy shrank 7% in the three months ended June, the most since records began in 1959, as virus curbs paralysed business activity.

The country is beginning to detail an economic recovery plan after slowing the outbreak.

It recently outlined a strategy to boost gas supplies, including a possible state-funded gas-fired power plant, to drive economic recovery.

NZ needs to do the same.
What good is all this infrastructure spending if there are no industries to pay for or use it.
For decades there has been talk of adding value to our primary based, commodity exports but very little action.
Globalisation and just-in-time supply chains have shown us there downside to such an extent a blind man can see them but that doesn't guarantee our elites and political class will.
There will always be large sectors of the community that require relatively low skilled work. Dumping them on benefits so our higher paid can get cheap goods from China is degrading to them.
Be fair. Be kind. Support everyone in the community with the dignity of work opportunities and decent wages.