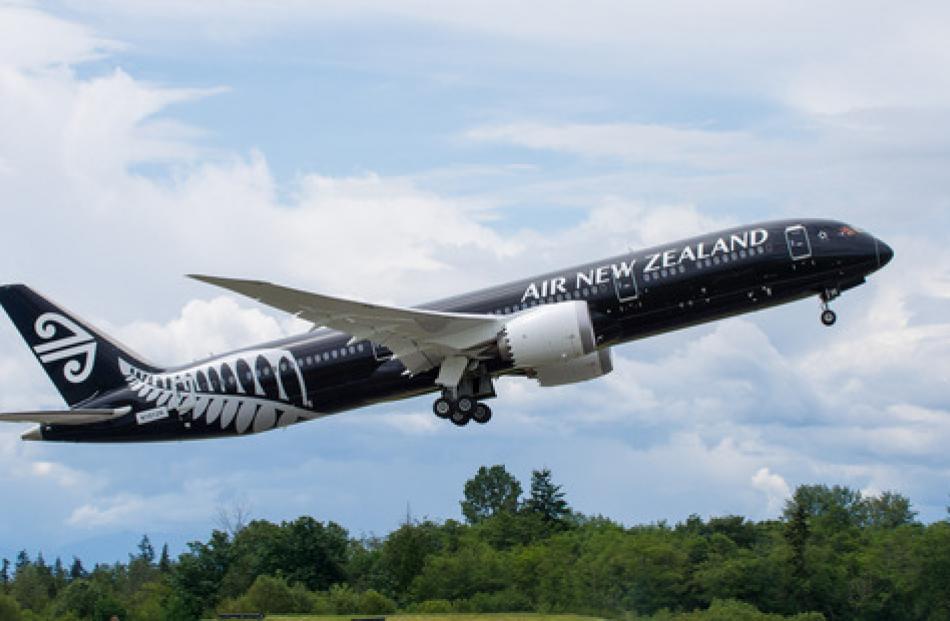 Air New Zealand says a surge in capacity this year will help lead to lower airfares.

The airline is boosting the number of seats by just under 12 per cent for the remainder of this financial year around the Pacific Rim and on domestic routes.

Air New Zealand announced today record interim normalised earnings before taxation of $216 million, up 20 per cent on the prior corresponding period. Chief executive Christopher Luxon said the carrier was in a period of unprecedented growth.

"That's going to create huge pressure on fares to ensure we've got very competitive pricing -- it's the single biggest variable in my mind, more so than the fuel that we will get some benefits from," he said following the release of results for the six months to December 31.

'At the end of the day our pricing is determined by supply and demand and what we're seeing as Air New Zealand goes into growth mode is that it creates some real pressure for our team... to fill those seats," he said.

While the airline benefited by $22 million on fuel over the past six months (and stands to benefit by almost four times that in the current half year) other carriers are also reaping fuel benefits.

Luxon said this would create further pressure to push down prices.

"Other airlines are doing better by virtue of fuel savings that they'll get this year and next year and so that will create a much more competitive environment as well," he said.

While he would not quantify possible savings, the airline has said it expects regional fares to fall by 15 per cent on average as it deploys bigger, more efficient planes into provincial centres and cuts some routes.

Air New Zealand is also working on plans to fly to a third United States mainland destination, in the interior or close to the eastern seaboard. Luxon said he hoped to make an announcement soon on the new route.

Cities in the running include Chicago, Houston and Las Vegas.

"We're looking at cities - and there are quite a few of them - that can offer us opportunities in a very large market."

Air New Zealand shares were up 4.5c to $2.62 in early trading after the release of the result.

While normalised profits were up strongly, net profit after tax was down 6 per cent to $133 million.

Luxon said this was largely due to paying more tax and an accounting treatment of hedge losses.

The result also included losses of $14 million on its 25.9 per cent stake in Virgin Australia. Revenue was up 3.4 per cent to $2.4 billion.

In updated guidance the airline said it was forecasting stronger full year results, although because of the volatility of the airline business did not put a number on it.

Forsyth Barr said the potential fuel price benefit in the second half of this financial year and next year could lead to some further material upgrades in market expectations for near term earnings and the airline remained on an upward trajectory.

Macquarie said the result was ahead of its expectations and the interim dividend (6.5c - an increase of 44 per cent) was higher than forecast.

"We think this will be material and is further upside to our medium-term forecasts," Macquarie said.