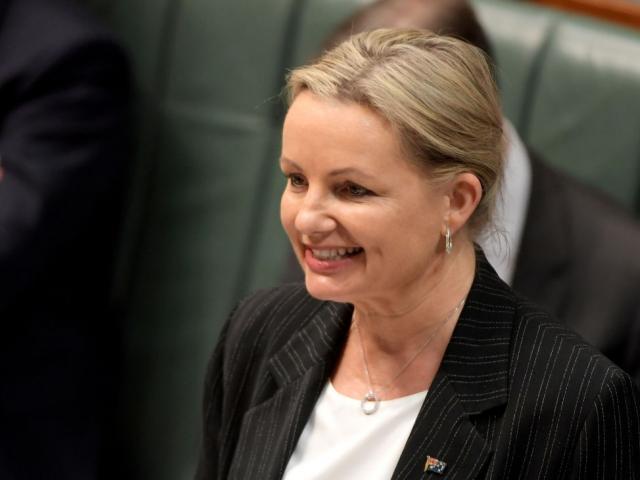 Environment Minister Susan Ley. Photo: Getty Images
A class action against a coal mine extension could make it more difficult for coal mines to be approved in Australia on the basis of intergenerational equity and climate change, if the claimants prove successful.

The landmark claim, by a group of eight teenagers from across Australia, begins on Tuesday in Melbourne's Federal Court and is expected to last for five days, but a judgement may not be made for several months.

The students argue that Australia's Environment Minister Susan Ley has a duty of care to protect them from climate change and the expansion of Whitehaven Coal's Vickery coal mine in New South Wales state will contribute to climate change and endanger their future.

"In the community, there is an expectation that big coal mines like this do get approved at federal level and that is precisely the reason we are concerned," said principal David Barnden of Equity Generation Lawyers.

"This is about emissions and the contribution to climate change, and harm to people who are children today."

Ley's office did not immediately respond to a request from Reuters for comment, but she told local media she was unable to comment while a court case was underway.

The Vickery open-cut coal mine would produce mostly metallurgical coal for steel-making as well as some higher grade thermal coal and is waiting on final approval from the minister.

It would create 450 ongoing jobs during operations with a net $A1.2 billion ($NZ1.28 billion) state economic benefit, Whitehaven estimates.

"Our position in relation to the litigation...is that the legal claim has no merit and should be dismissed," managing director and CEO Paul Flynn said in a statement.

"As the Australian economy starts to recover from the impacts of Covid-19, it is vital that major employment-generating investments in the economy are not delayed by legal claims that have no substance."

Coal is Australia's second-most valuable resource export, worth an estimated $A37 billion in the financial year to June, government figures show.

Climate change has been a divisive topic in Australia, one of the world's largest per capita carbon emitters.