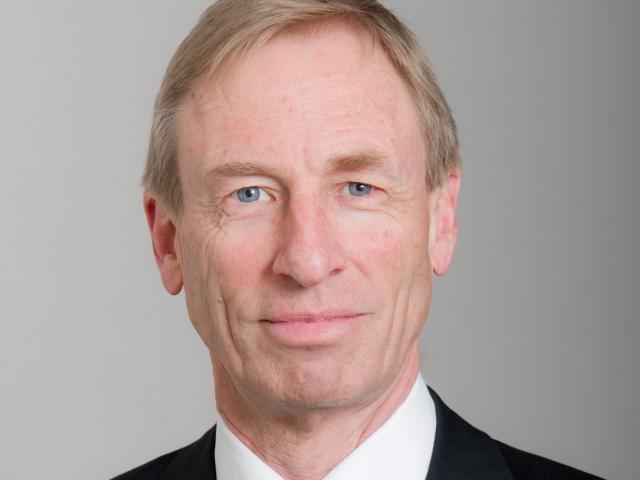 Grant Spencer
Acting Reserve Bank governor Grant Spencer has kept the official cash rate unchanged at 1.75% as widely expected and signalled no change on the immediate horizon as he begins his six-month stint at the helm.

"Monetary policy will remain accommodative for a considerable period," Mr Spencer said in a statement on Thursday. "Numerous uncertainties remain and policy may need to adjust accordingly."

Rates have been on hold since November last year and the central bank's forecasts show it does not expect to begin lifting rates until September 2019 at the earliest. All 13 economists polled by Bloomberg predicted rates would remain unchanged.

The New Zealand dollar edged lower to 72.10 US cents after the statement from 72.20 US cents just before. It was at 76.01 on a trade-weighted index basis.

Mr Spencer did note that the New Zealand dollar has eased slightly on a trade-weighted index basis since the bank's most recent statement in August but "a lower New Zealand dollar would help to increase tradables inflation and deliver more balanced growth," he said.

The TWI was at 77.38 just after the August statement.

Mr Spencer said the economy grew in line with expectations in the second quarter, following relative weakness in previous quarters.

Gross domestic product grew 0.8% n the three months to June 30, from a revised 0.6% expansion in the March quarter and was 2.5% higher on the year.

Mr Spencer said house price inflation continues to moderate due to loan-to-value ratio restrictions, affordability constraints and a tightening in credit conditions. While the moderation is expected to persist he said there is still a risk of a resurgence in prices given population growth and resource constraints in the construction sector.

Regarding annual inflation, he noted it eased in the June quarter but said it remains "within the target range."

Annual inflation was running at 1.7% in the June quarter and the central bank is mandated with keeping it between 1 and 3%, with a focus on the midpoint. He reiterated it may continue to decline in coming quarters reflecting volatility in tradables inflation.

Non-tradables inflation remains moderate but is expected to increase gradually as capacity pressure increases, bringing headline inflation to the midpoint of the target range over the medium term, said Spencer. "Longer-term inflation expectations remain well anchored at around 2 percent," he said.

Mr Spencer took over from Graeme Wheeler, whose five-year term ended this week. He will remain in the position while the new government appoints a permanent governor.