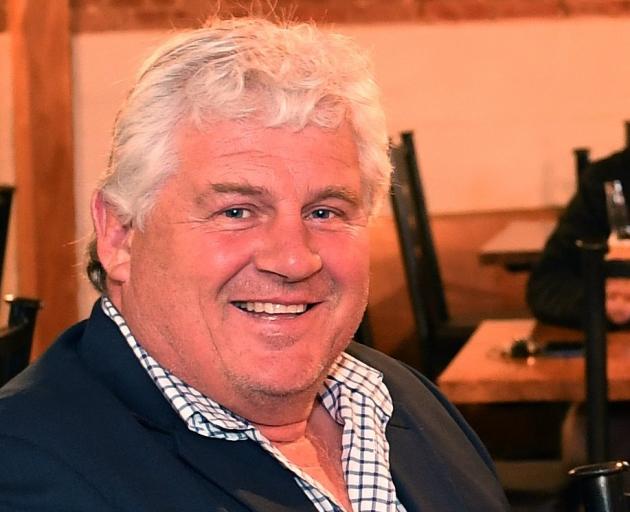 Mark Scully. Photo: ODT
Bars are gearing up for their busiest weekend in years as Dunedin prepares to host the Irish next weekend.

That comes as tickets for the All Blacks versus Ireland test on Saturday, July 9 are close to selling out and the Dunedin City Council has revealed a raft of events around the game.

Hospitality Association branch president Mark Scully said the last time Dunedin had a night as big was before Covid-19 hit.

The hospitality industry was still struggling with staffing shortages but the industry would "go as hard as they can for the weekend".

"It’s been so long since we’ve had nights like this it’s hard to turn your mind back," Mr Scully said.

DCC events team leader Dan Hendra said many events would be available over the weekend, including Octafun starting on the Friday before the test.

Octafun would kick off with live entertainment in the Octagon and Irish dancers and music would be put on for the visiting fans.

Buses would be available to and from the match, offering free rides between Dunedin City Library and Forsyth Barr Stadium.

The council had asked for gold-coin donations for midnight buses from the bus hub to the suburbs.

Tickets for a $10 Mosgiel bus were available from i-Site.

The weekend was set to bring an estimated $10 million into the local economy.

"There are only a handful of tickets left," Mr Davies said yesterday.

Temporary seating was being erected in the eastern stand and was about three-quarters finished.

"Everyone is excited and I think there’s great anticipation about what should be a really big game."

The All Blacks fly into Dunedin on Sunday, and the Irish arrive late on Wednesday.