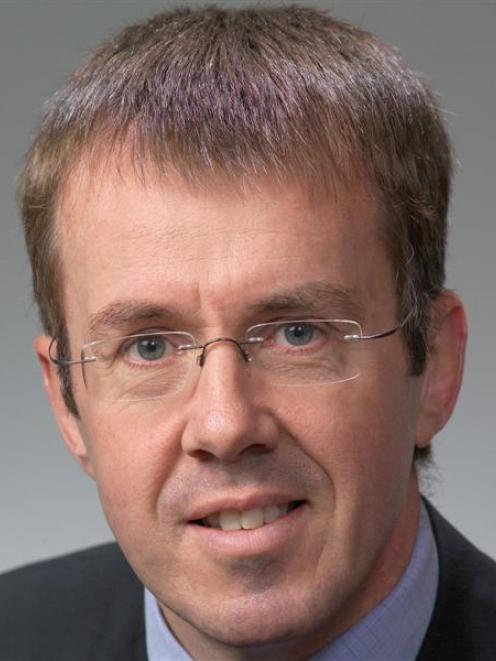 Grant Cuff
Alliance Group chief executive Grant Cuff is stepping down in December after nine years in the position.

Yesterday, Mr Cuff (56) told the Otago Daily Times his decision was not sudden and he had been thinking about it for a while, looking for the right time to stand down.

He was appointed chief executive in 2005, replacing Owen Poole. At that time, Mr Cuff said he thought 10 years would be an appropriate time to do the job effectively.

He was starting his 10th year ''in a month or so'' and it was a matter of what was the right time to hand over to someone else, he said.

Two years ago was a bad year, last year was a ''little bit better'' and this year was ''OK'', with a strong balance sheet.

Markets for red meat around the world were reasonably good, as was the supply-demand balance.

The world was finally coming to realise the quality of New Zealand's product, service and traceability had real value, while the dairy industry was ''taking a breather''.

He was confident the company had a great future with a dedicated and experienced management team in place and improving prospects in world markets.

He is also a director of The Lamb Companies group (North America) and chairman of New Zealand Farmers (London), the company's UK marketing arm.

Working in such an industry, there would always be challenges, Mr Cuff said. He started as Alliance Group chief executive in October, 2005 and, in January 2006, when he ''barely had [his] legs under the desk'', there was a major fire at the company's Pukeuri plant.

There had been the global financial crisis, currency ''quietly dragging its way up'' and international food scares.

But then the other side was all the good things - the rise of China, the potential in the likes of India and Brazil, and a much better balance of the company's product mix around the world, he said.

Asked what he intended to do post-December, Mr Cuff said he was looking forward to having a break.

Even on the occasional holiday, ''you don't get away from it'', he said.

''It doesn't matter whether you've got a book or a glass of wine in your hand, the mind's always at work on something.''

He was grateful for the support of his family who had been very understanding.

What he was going to miss was the people involved, both the staff and the farming community, all of who were ''wonderful people''. They were the type of people he really enjoyed working with, even though they could be tough taskmasters at times, he said.

Mr Cuff said he had not been looking for any job opportunities and it would be business as usual as he worked through the next five months. He will stand down following the company's annual meeting.

He had led it through a period of significant change and was leaving it in a sound position and at a time when prices and demand for red meat were strengthening.

He had steered the company through some challenging times and the company had been fortunate to have his knowledge, experience and ''steady hand'' to rely on.

Mr Taggart described him as a well-respected, unassuming chief executive with a thorough understanding of the company and the industry, excellent leadership qualities and exceptional analytical skills.

Alliance Group's board would begin the search for a replacement immediately, to ensure a smooth transition.