Economic growth takes a hit due to weather 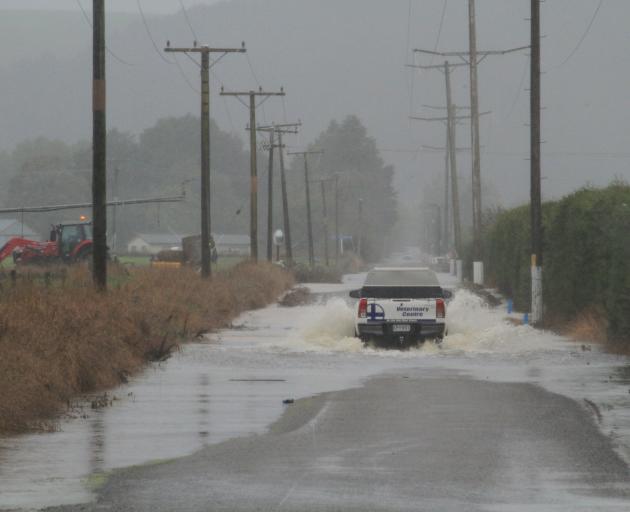 Weather related events across the country have hit some sectors of the economy hard. Photo: Hamish MacLean
Economic growth in the last three months of last year was hurt by weather-related events.

Gross domestic product, the economic activity of New Zealand, grew 0.6% in the three months ended December, weaker than most forecasts.

Annual growth was 2.9% when most economists were expecting growth of 3.1%.

The most significant market reaction was in the currency, with the NZD/USD falling about US0.25c on the news.

Statistics New Zealand figures showed higher activity in the service industries was offset by a fall in the primary industries.

Overall growth in the service industries was led by a 2.3% increase in business services, particularly computer system design and related services, and advertising, market research and management services.

Agricultural production fell 2.7% in the quarter.

Lower milk production was reflected in falls in dairy manufacturing and dairy exports, which fell 4.4%.

High demand for lamb and beef exports led a rise in meat manufacturing. Exports of meat products was up 13% in December. However, higher meat processing meant lower agricultural production of sheep and beef farming.

ASB senior economist Jane Turner said the agricultural sector was much weaker than she anticipated and ASB was surprised, as its own data showed the fall in dairy production happened in the three months ended September.

"Looking through weather-related events, the rest of the detail in the December GDP was remarkably resilient. Many of the services sectors were growing stronger than we expected."

One area of surprise was more retail spending attributed to New Zealand households than short-term visitors, such as tourists, as exports of services fell.

The trend was surprising given the higher number of short-term visitors in the quarter, along with the lower value of the New Zealand dollar, both of which tended to increase tourist demand.

The hot start to summer in December anecdotally increased beer and ice-cream demand, which appeared to have boosted spending on non-durables.

The signs of firm household demand would be an encouraging outcome for the Reserve Bank, suggesting consumers weathered the election uncertainty and change of government well, Ms Turner said.

Westpac senior economist Michael Gordon said the New Zealand economy appeared to have lost momentum over the past year - barring any future revisions to the GDP data.

"Since population growth was about the same in both years, this represents a marked slowdown in per capita GDP growth."

Growth was expected to remain at a more subdued pace this year as the new Government's policies - particularly around cooling the housing market - were expected to be a drag on activity on balance, at least initially.

The effects of higher fiscal spending were more likely to be felt in 2019 and beyond, he said.

National Party finance spokeswoman Amy Adams urged the Government to be careful with its economic policy settings after growth slowed in the quarter.

"It's worrying growth has slowed in the fisheries, forestry and agriculture sectors.

"The Government needs to take notice and be careful its economic policy settings don't put a handbrake on New Zealand over the next few years at the very time the world economy is picking up speed."