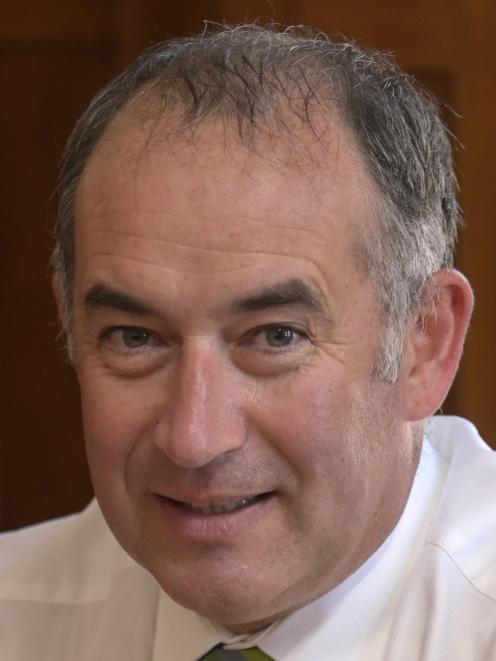 Grant McKenzie. PHOTO: ODT FILES
The Otago Southland Employers’ Association will merge with the Otago Chamber of Commerce after association members approved the proposal in Dunedin.

Association members at the organisation’s annual meeting yesterday unanimously confirmed a resolution for the two organisations to form a new unified entity.

This vote followed an association special general meeting last month in which the resolution was also unanimously supported by all members present.

Businesses in the South had to adapt, and it was "only right that the organisations that serve them do".

This evolution meant members would be better served, he said.

Chamber president Grant McKenzie said it was "encouraging that the vast majority of our combined memberships see the benefit of the two organisations coming together".

A strong, unified organisation would continue the work the chamber and association had done in the region for more than 130 years, and also build on that, Mr McKenzie said.

Otago chamber members have also voted twice on the proposal.

At their first meeting the merger was supported by 68% of those who voted.

Later, at the annual meeting and with a virtual vote, 78% of chamber voting members approved.

Through the now-confirmed merger, the two organisations will become joint founding members of a new incorporated society.

The society will be governed by an interim board, to oversee merger operations.

The two bodies will officially start working together almost immediately.

The newly merged entity will also continue to provide the services now provided by the respective bodies across Otago — and Southland, for the association - under their existing names.

No decision had been made about the new entity’s name, and member feedback would be sought, a joint press release said.

Membership fees for the merged entity will not change until at least June 30 next year.

About a quarter of the overall membership belongs to both organisations.

The Southland Chamber of Commerce earlier criticised the proposed merger, and an earlier proposed name for the new body— Business South — had also been queried in Southland.