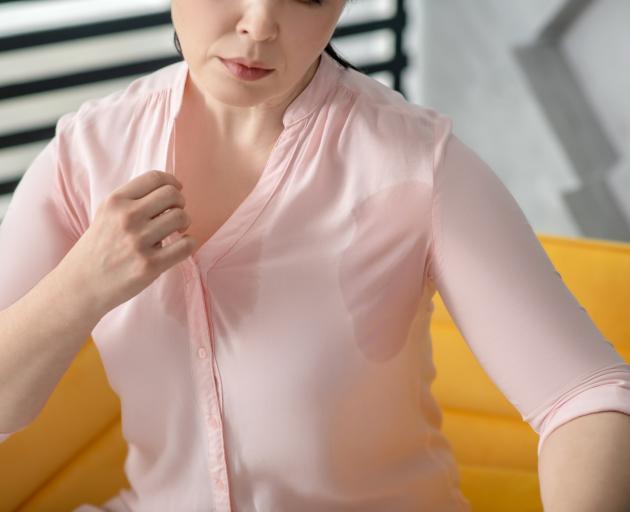 Currently, no government ministry has any information specifically for employees or employers about dealing with menopause. Photo: Getty Images
Advocates are calling for more support for working women going through menopause.

Most wāhine start the biological change after the age of 45 and for some it is so debilitating, they feel forced to quit their job.

Currently, no ministry has any information specifically for employees or employers.

For Sarah Connor, it started off out of the blue, as she was driving.

"I just suddenly felt really hot, like my brain was on fire and melting from the inside out, which may or may not have been a hot flash," she said.

"But also at the same time I felt really faint, which when you're driving a car it's not great. So, it was low blood pressure and just feeling really, really odd."

It was the beginning of a three-month ordeal that would see the freelance content writer experience several of the 34 symptoms linked to the natural transition to menopause.

"I just felt like I wasn't myself and it meant I couldn't work for a while, there were times when I couldn't really look after my children necessarily, it just started to impact every aspect of my life."

After a lot of research and visits to health experts, finally, an answer: perimenopause.

"It's a profound endocrine change so that the hormones, or endocrine system, changes.

"You no longer produce the oestrogen or the progesterone. There are small amounts of oestrogen you produce elsewhere in your body, but basically the changes that occur are due to the lowered oestrogen that happens at menopause."

Dr Lawton, who's also the director of the Wellington Menopause Clinic, calls the change a "hormone roller coaster".

In New Zealand, the average age of menopause is 52.

Dr Lawton said eight out of 10 women will experience menopausal symptoms, which can last between four and eight years.

For a quarter of those wāhine, the symptoms are severe. And they take a toll: research in the United Kingdom shows almost a million women have left their jobs because of menopausal symptoms.

"It's your quality of life and you know when it's been affected," she said.

"When I see people have actually changed jobs, quit work at the age of 50, altered their lifestyle completely because of these changes to fix their quality of life, we shouldn't need to do that unless people really want to."

In the United Kingdom, the government's Advisory, Conciliation and Arbitration Service (ACAS) has advice for employers to help support staff and in some instances, changing work hours or an employees work station.

But in Aotearoa, where wāhine make up almost half of all employees in the workforce aged 50 or over, there's no guidance for them, or their workplaces, on how to accommodate the effects of menopause.

A Ministry of Health spokesperson said the ministry doesn't have any workplace advice, but the district health boards fund public health websites which have general information.

A spokesperson from the Ministry for Women said they're not working on anything specific to menopause, but their work on closing the gender pay gap has looked at increasing and normalising flexible work practices.

"This will create working environments that are more aware and responsive to all employees to balance work responsibilities with other aspects of their lives," the spokesperson said in a statement.

And an MBIE spokesperson said the organisation doesn't have any workplace policies on support and education relating specifically to menopause - but businesses can develop their own.

"An employee is entitled to take 10 days' sick leave if they have health-related symptoms, such those that may relate to menopause, that mean they unable to work," they said.

"There are no specific provisions in legislation that define what 'sick' means as MBIE cannot have a specific policy for every possible health condition."

Jeanette Kehoe-Perkinson's menopausal symptoms were so severe, she feared she was suffering with early-onset dementia.

She said New Zealand's employers lag behind when it comes to supporting women.

Her social enterprise, Power Pause, helps organisations - from big banks to city councils - get policies in place so they can retain women through this time in life.

She said women need to feel comfortable saying what would help them, whether it's more flexible working hours if someone is suffering with insomnia and night sweats, or switching to a more breathable fabric for work uniforms to make hot flushes less debilitating.

And that happens in an working environment where staff feel supported and heard, she said.

"That's three statements that in an organization, could save a huge amount of turnover, could help retention, could keep brilliant people and could begin the right sorts of conversations."

After her experience, Sarah Connor set up Menopause over Martinis - the martinis are optional - as a way to talk about the experience.

Inspired by the Death over Dinner and Jefferson Dinner movements, which normalise talking about taboo or uncomfortable topics over food, she hosted her first menopause event - and the demand grew.

Connor said we need to bring the conversation out into the open.

"People just need to be empathetic and kind, I think, and talk about it in an open way that that makes people feel seen and heard."