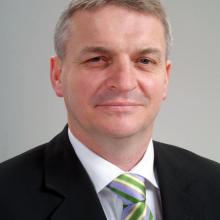 Conor English. Photo: Supplied
Just as the axe handle allowed the human race to prevail, New Zealand needs to put its mind to discovering the next combination of technologies that is going to keep our country at the forefront of ag and food technology.

That is going to take capital, risk, and some out-of-the-box thinking.  There is much to do if we want to lead the race, writes Conor English.

The axe handle was incredibly important for the human race.

By combining three previously separate elements — a stone, a stick and string — humans invented a tool that gave them leverage and strength to better hunt animals that were faster and stronger than us.

It increased the distance you could throw a stone and the force of the blow. The axe handle is a big reason why we became  top of the food chain.
But why? Separately, a stone, stick or piece of string were not much use. But some handy caveman decided to use the string to tie the stone to the stick.

He, or maybe she, combined different technologies so that the sum of the parts was far greater than the parts operating separately.

And so it is often with technology and know-how. We all know the story of Kodak going broke because they failed to realise that a camera should be put to your ear to talk to other people. Apple combined the sum of the parts — the phone and the camera, along with the calculator, maps, music player etc all into one and changed the world. They joined the dots.

New Zealand has a deserved reputation for productivity and quality with our traditional farm systems.
Our fresh air, grass-fed, free-range systems have help build a nation. Now, globally, significant capital is starting to flow into the ag-tech and food-tech space.
New technologies will both assist innovation and create disruption. New Zealand needs to be on its game.

The Internet Of Things, along with increasingly sophisticated sensors will see humans, devices and systems all connected. Information is available in real time which will enable constant optimising.

This will fundamentally change how products are invented, manufactured, shipped and sold. Relationships across the supply chain will change.
Emerging technologies such as big data, drones, genomics, smart devices and machinery, virtual and augmented reality, AI and machine learning, satellite and imagery amongst others, provide opportunities to improve our existing farm systems.

All these technologies help make more optimal decisions, thus reducing risk and improving productivity and returns.
Those who adopt these technologies will prosper and attract more capital. Over time they will prevail over those who choose to ignore them.
Other countries are in the race as well. I’ve been in Russia, China, Kazakhstan and Rwanda looking at farm systems and everywhere I go there is always someone from Australia, Ireland, Holland or Israel there as well.

They are competing hard to be global leaders in ag and food tech. They are not sitting still.  Any advantage we believe we have will soon be superseded, if we don’t keep moving forward ourselves, and fast.

But that is not all there is to think about. As well as these essentially complementary  technologies to existing systems and supply chains, we also have the disrupters. These may put the status quo under significant pressure.

The block chain is often mentioned. I am not sure we really understand it yet, but we instinctively know it will change things significantly.
Alternative proteins such as lab-produced meat are a real threat. We know synthetic carpet disrupted and captured the global wool carpet market, destroying value in the traditional sheep wool industry. This new meat could do the same to traditional meat producers.
Plant-based meat substitutes are also gaining momentum, as are alternative non-dairy milk products.

Vertical Farming, or Indoor Farming as it is sometimes called, builds on the initial hydroponic systems utilising advances in energy and light technologies amongst others. This is creating a new generation of super efficient food production in an urban environment.

This post organic technology allows fresh plant-based food to be grown within a city, dramatically shortening the supply chain and enabling food without pesticides or herbicides. If the cost can continue to reduce, it will be a compelling story for many consumers.

These new foods, along with food printing technology, allow the convergence of food and medicine. The ‘‘eat for health’’ trend will become more achievable as the increased transparency and information throughout the supply chain will allow a more informed
consumer to eat what most suits their body’s requirements.

Just as the axe handle allowed the human race to prevail, New Zealand needs to put its mind to discovering the next combination of technologies that are going to keep our country at the forefront of ag and food technology.

That is going to take capital, risk, and some out-of-the-box thinking. There is much to do if we want to lead the race.