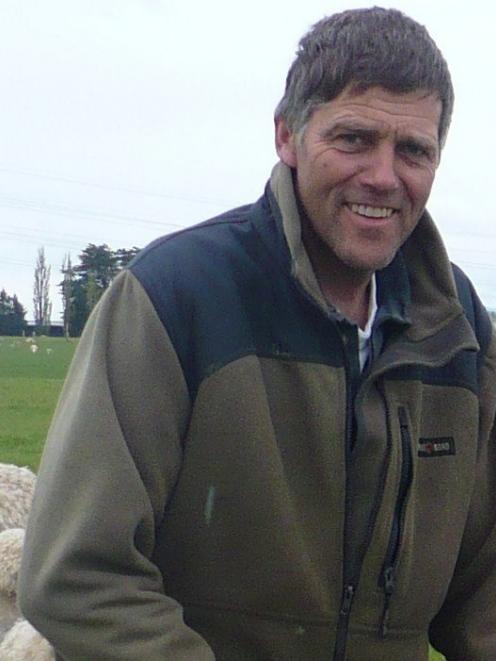 Come December 17 and the Southland farmer will be gone, as he is standing down as a supplier representative at the company's annual meeting in Oamaru.

Mr Donald (54), who farms near Winton, and fellow long serving director Doug Brown, of Maheno, who was elected in 2001, have decided not to seek re election.

There were always challenges in the red meat industry and ''you could almost stay forever and still not get bored'' but there came a time for a change, he said.

''At my age, it's not retiring - I've decided not to seek re election and go and do some other things,'' he said.

When Mr Donald first stood as a director back in 1991, the company was in strife. It had the huge challenge of taking over the South Island assets of Waitaki International and ''got itself into trouble''.

Mr Donald was passionate about Alliance as an entity, seeing it as an important part of his farming business.

''My father had put money in on day one. I wanted to see Alliance come out the other side and be strong. It wasn't about industry good, it was about what's good for Alliance at that point.

''I was critical of the position it was in. Rather than just throw stones and say what's wrong, you have to occasionally put your hand up and stand up and be accountable,'' he said.

Working through the process, which included two cultures coming together, meant you ''had to go from what you wanted to do to what you had to do'', he said.

''Some of the ideas and aspirations you have as a new, young, enthusiastic person are constrained by the situation you're in. That was a big learning curve.''

There were battles around the board table, battles with banking syndicates, and challenges around funding, to the point where Affco, which took over the North Island assets of Waitaki, needed capital and listed on the stock exchange.

Alliance needed capital, too, and Mr Donald believed it chose the ''morally correct'' view of raising money from shareholders. Farmers backed the company and it ''pulled through the other side''.

The early 1990s was all about ''fix the business, save the business'' and it was not until the latter part of the decade there was more of a focus on building relationships with suppliers and more interface with the market.

In the late 1990s the likes of Central Progeny Test trials and yield grading were looked at, getting good market signals back to farmers, investing in plants, and it was rewarding to see that develop.

In recent years, Mr Donald has employed permanent staff on his farm, making it a lot easier for him to carry out his director duties.

A lot of time was spent reading, while there were also board meetings, roadshows and field days and shows to attend.

''There's not many days go by when you don't think about Alliance and the industry,'' he said.

He liked the interaction with farming folk and was always happy to take the time to talk anyone through issues the directors had to grapple with. Calls from shareholders with concerns could either be ''short, sharp, blunt - get it off the chest'' to hour long conversations in the evenings.

Mr Donald believed Alliance was in good shape in terms of its assets and facilities. The company had a good reputation in the market.

While things had got ''pretty messy'' on the procurement scene over the last few years, due to excess capacity and other bad behaviour ''on many people's parts'' - he liked to think Alliance still had credibility, ethics and values. That sort of culture both held a business together and set it apart, he said.

Mr Donald hoped a focus on efficiencies and a more robust commercial outlook would not come at the expense of things like values, integrity and culture.

Asked his thoughts on rival co operative Silver Fern Farms' joint venture with Chinese owned Shanghai Maling, he said Silver Fern Farms had chosen a path be believed Alliance would not go down when it needed capital.

''That's fine. They are where they are. Where they go from here, we'll wait and see,'' he said.

When he joined Alliance's board, 70% of New Zealand's processing and exporting capability was owned by farmers through co operatives. With Silver Fern Farms' proposed joint venture, that would drop to less than 30%.

Over time, there would be consolidation in the industry and it would be commercially driven. Some players would choose to exit, Mr Donald said. While he saw on farm productivity improving, there were still huge opportunities.

The future of the industry involved small cartons of high value cuts being sent 52 weeks of the year to discerning customers at all points of the globe.

That would impact significantly on the whole supply and logistics model, from farmers right through to processing, he said.

Six nominations have been received for the two vacancies on Alliance's board, caused by the departure of Murray Donald and Doug Brown.

With the loss of two experienced directors, Mr Donald suggested the board ''really can't afford to have people in trainer wheels''. At least one of the two new directors needed a degree of experience to ''hit the ground running''.

One of Mr Donald's frustrations was that director elections could sometimes become a ''political football''. Shareholders also needed to remember it was a very big business, with a turnover of about $1.5 billion, and made a big impact on a large part of the South Island and in the towns that it had plants in.

Despite leaving the board, Mr Donald said he would not be totally removed from the company. He would continue as a supplier, still interact with his livestock representative and attend field days and roadshows.

He has been appointed to the council of the Southern Institute of Technology, which kept his hand in the Southland community, and he has also become a trustee of the Agri Women's Development Trust.