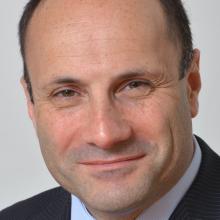 David Surveyor
Alliance Group is investing $54million in capital expenditure during the next year.

Outlining the investment at a series of roadshows throughout the country, chief executive David Surveyor said the success of the business strategy meant the co-operative was in a position to reinvest to continue to build the company’s operational performance.

In addition to a pool payment, the company would have a bonus share issue and reward farmer shareholders by increasing their shareholding in the co-operative.

The level would be based upon the supply of lambs, sheep, cattle, calves and deer during the 2017-18 season, Mr Surveyor said in a statement.

"Alliance is now a much fitter co-operative as a result of our focus on lifting efficiency and improving sales and marketing.

"We are making good progress against our key measures with a stronger balance sheet, improved profitability and better livestock pricing for farmers," he said.

• James Ogden will retire as an independent director at the end of his term on November 30.

He will be replaced by Peter Schuyt, an experienced independent director in a range of businesses including Tatua Co-operative Dairy Company, TSB Bank Ltd and Foodstuffs North Island Ltd.He has also held senior executive roles at the New Zealand Dairy Board, Fonterra and the NZ Post Group.