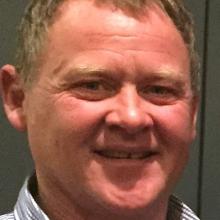 Mr Stalker, who was voted president at the society’s annual meeting last week, replaces Tarras farmer Robbie Gibson, who has held the role for the past two years.

Preparations are well under way for the 80th annual show, which will be held on March 10 and 11 next year.

Mr Stalker said that it was an honour and a privilege to be elected president, and what made it pleasurable was having a good, solid, enthusiastic team around him.

He has been involved with the show for most of his life, having competed in equestrian events as a child and teenager, and his parents were heavily involved at committee level.

He has also spent more than 10 years in charge of the cattle section.

Next year will be a busy one for the society, which also hosts the Royal Agricultural Society  conference in Wanaka and the RAS National Golden Fleece Exhibition on June 23-24.