Blazed a trail in sales 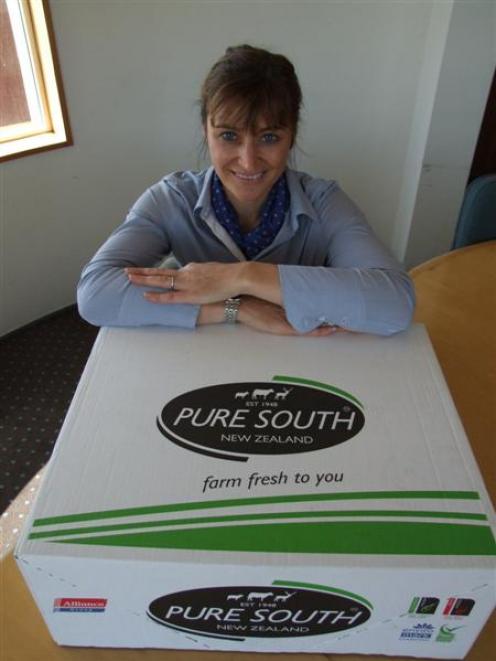 Katrina Allan was the first female saleswoman at Alliance Group. Photo by Sally Rae.
Looking back, Katrina Allan wonders how she ever managed to juggle motherhood with work and tertiary study.

But, with a determination to finish her university studies before her son started his, Mrs Allan (44) did manage, finishing a year before he started, although she joked that she never wanted to see another textbook again.

Mrs Allan has the distinction of being the first female salesperson at Alliance Group, having worked for the company for 17 years.

She started as an accounts clerk but then thought that doing sales might be a ''more exciting area'' so she asked her boss what she needed to do to get into sales.

She was studying for a finance degree and changed to a marketing degree, studying extramurally through Massey University. At the same time, she was bringing up two children.

She ''never set foot'' on the Massey campus, doing it all from Invercargill, the city where she was brought up. It might have taken a while but it was worth it in the end, she said.

Mrs Allan started in sales in 2002, initially responsible for lamb and venison in China and Southeast Asia.

She recalled her first trip to China in those early days when it was still an emerging market and she went to places where Western people had never been seen.

For someone from Invercargill, it was a ''real eye opener'' but she really enjoyed those trips and it was always good to gain new insights into markets by visiting them, she said.

Seven years ago, Mrs Allan became sales manager for Europe, which she usually visited once a year.

Such trips were very busy and there was not an opportunity to ''smell the roses''. It would be good to return on holiday ''to see bits we see out the windows'', she said.

Every day brought another challenge and it required being super focused on planning, but also the ability to adapt quickly to change.

There had been many changes over the years; animal welfare was becoming increasingly important for customers, along with traceability, sustainability and a desire for grass fed meat.

Tastes were changing and a big change had been ready meal innovation in Europe which was ''huge''.

Lamb consumption in Europe was steady and ''slowly coming back'' after the economic downturn. It remained a very important market, while China was both Alliance Group and New Zealand's biggest market for red meat. Diversity of markets was needed, she said.

Venison had its own set of challenges. It was very European focused, which was where consumers were used to eating it, and lower value products struggled if there was an influx of wild game meat.

The implementation of the deer industry's Passion 2 Profit growth strategy, which sought to lift profit on venison by $2 per kg over 10 years, was a good initiative, she said.

Every market had different expectations for value; some wanted healthy meat and were prepared to pay extra for it, others wanted value for money compared to other protein options, she said.

Mrs Allan loved taking overseas customers to visit New Zealand farms. They were ''blown away'' by what farmers did, what they put up with, and how well they did their job.

The company, which had $1.4 billion turnover last year, has 10 sales staff. The company had ''every career covered'' from scientists to production, accountants to management, all ''based in Invercargill''.

''Who would have known?'' she laughed.

She loved her work and enjoyed working alongside the team at Alliance Group and the ''brilliant'' people she dealt with in the market.

After 17 years with the company, she was still learning something new nearly every day.