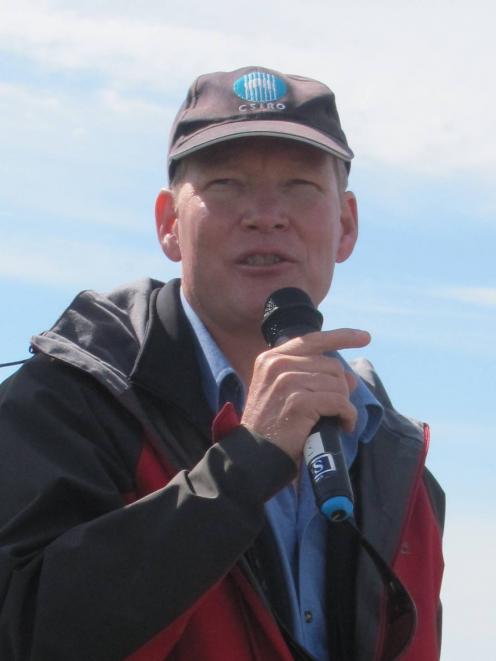 John Kirkegaard
Arable growers must think beyond individual crops, work in a two to four-year time frame and capture the synergies from one crop to another, Australian researcher John Kirkegaard told those who attended the Foundation for Arable Research's (FAR) field day last week.

Dr Kirkegaard, from the Commonwealth Scientific and Industrial Research Organisation, Australia's national science agency for agribusiness, was a guest speaker at the CROPS 2014 expo.

His topic was the role of break crops in cropping systems.

A recent review of more than 900 experimental comparisons, showed that on average, wheat yields were increased by 0.5 tonne per hectare following the growing of oats, by 0.8t/ha following oilseeds and 1.0t/ha following grain legumes, he said.

The ''break crop effect'' often extended to a second wheat crop, especially following legumes but rarely to a third, except under dry conditions.

The benefits of crop rotations had been known since ancient times. Before pesticides and fertilisers, farmers relied on crop rotation for fertility and to contain diseases, Dr Kirkegaard said.

It was vital to consider the economics of break crops over a full two to three-year sequence, and to account for the value of diversifying income to manage price variations.

''To get the benefit you must grow break crops well,'' Dr Kirkegaard said.

''Not only will you make more money on the break crop but you will get a better yield on the wheat crop.''

In Western Australia, the average benefit to wheat crops from lupin break crops doubled from 0.5t/ha to 1.0t/ha from the 1980s to the 1990s, as growers improved the management and increased the yields of the lupin crop.

In Australia, the emergence of herbicide resistant weeds now dictated crop sequence decisions for many growers.

Research had show that it was possible to sow canola early and graze it during the vegetative stage without significant yield reductions, provided the animals were removed before bud elongation.

''It has been show that spring canolas can be sown two to three weeks earlier than just a canola crop. Sheep graze the biomass and it slows crop development. You can have four to six weeks winter grazing of canola and still harvest the same canola yield.

''An integrated system is working quite well,'' Dr Kirkegaard said.

His views were supported by Jennifer Linton, of FAR, who said previous canola grazing research which had concentrated on dual purpose crops - grazing and seeds - showed no significant yield loss when the canola was grazed lightly. During the 2013-14 season research had focused on mechanical defoliation, which involved removing the main racemes to promote higher yield in secondary racemes. This was because many arable growers did not have access to sheep for crop grazing.

High winds at harvest meant large seed losses, but despite this, there was a trend towards higher yields in the plots where the main racemes had been lightly topped off at yellow bud, although this was not significant.

The practicality of mechanical defoliation could be difficult, she said.

The aim of the trial this year was to evaluate defoliation and PGR rates and strategies to increase subsequent yield.