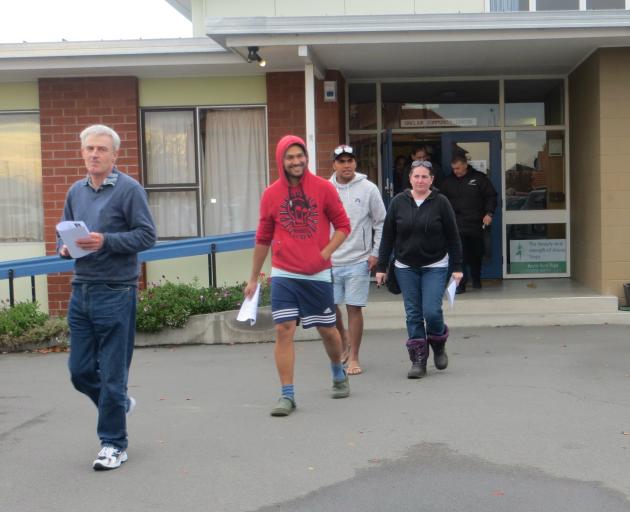 The proposal to close the 125-year-old plant was put to staff at a meeting in Ashburton last Wednesday. A two-week consultation period was to follow, although if there was significant feedback that this was too short or too long, that would be considered. It was hoped to have a final decision on May 31.

Most workers already knew the future of the plant was uncertain. The seasons were shorter and there was an ever dwindling supply of lambs.

The killing of calves had already been transferred to the more modern Pareora plant, south of Timaru. It has the bonus of being the company's South island cold-storage hub, and will take up the slack in processing if Fairton, as widely thought, closes.

That equated to a shorter season, less pay for staff (most process workers last season and this season made $20,000) and a high turnover of staff as workers sought more stable employment and better pay.

Mr Hamilton said he made a recommendation to the board a month ago to close the plant.

While the company believed the pace of land-use change had slowed considerably, it expected sheep numbers to consolidate around current levels, rather than expand in the foreseeable future.

''Pareora is a multi-species plant, an hour down the road in Timaru. Consolidating at one plant will provide a longer season with higher staff-retention rates. We have recently invested $7 million at Pareora to add to its capability.''

Mr Hamilton said support was being offered to the 370 people affected by the proposed closure.

He said the company expected 230 roles would be available at its plants at Belfast, near Christchurch, Pareora and Hokitika.

The company will keep its pelt house open at Fairton, with 23 jobs. The idea there is to add value through processing the pelts. Water used in that process is spread on the company's farm, also at Fairton. It will be retained.

Mr Hamilton said it was yet to be decided what to do with the rest of the plant, but maintenance staff would stay on.

Any suggestion its water rights would be used for bottling were nonsense, he said.

Mr Hamilton said the company would work closely with livestock suppliers, most of whom already supplied both plants.

Ashburton Mayor Donna Favel said she was saddened by the proposed closure.

''I extend my sympathy to all affected employees and their families. I know the next few days and weeks will be difficult for you.

''As a community, we need to be even more vigilant about caring for our neighbours. We also need to look out for people who are struggling with the repercussions of this proposed closure and may need extra support.''

Mrs Favel said Silver Fern Farms had assured her it had processes in place to help the staff.

''Our district has been through tough times in the past and as a community we have rallied to support one another; this is no different,'' she said.

Michael Salvesen, the president of Mid Canterbury Federated Farmers, said closure of the plant would be the end of an era for Mid Canterbury, and would be such a sad day.

He said while sheep numbers had reduced, the average carcass had increased over time so the tonnage exported had not changed much.

''The problem there is that meat works process numbers, not kilos.

''The plant has only been operating for 26 weeks for the last couple of years - not enough for a family to live off. Some have been waiting for their redundancy because they saw closure as inevitable.''

Mid Canterbury was short of good staff and there were lots of opportunities for the right people, Mr Salvesen said.

-By Maureen Bishop and John Keast