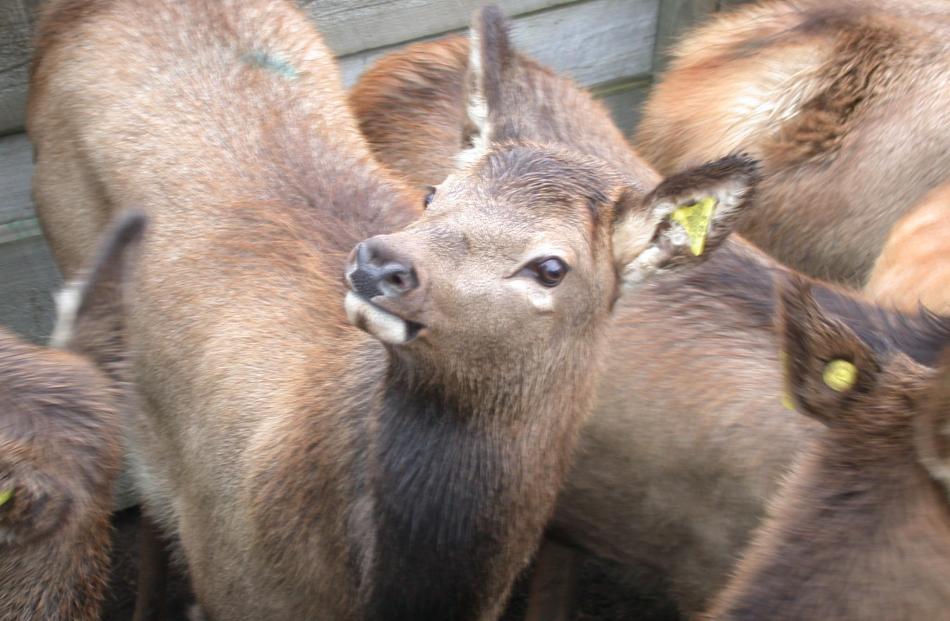 The Deer Industry New Zealand 'Motivate' group is putting together recommendations to lift the deer industry's profile, encourage people to enter the industry or to remain in it. Photo by Yvonne O'Hara and further develop training resources.

Mr Jermy, Deer Industry New Zealand (DINZ) production manager Tony Pearse and New Zealand Deer Farmers Association (NZDFA) chairman Kris Orange , of Geraldine, are members of Motivate, a group putting together recommendations to encourage more people to enter the industry or to remain in it, to improve training and availability and to raise the industry's profile.

Mr Jermy said the deer industry was an exciting one to be in.

''Next year is going to be red hot.

''People don't appreciate that in the past five years the most stable pastoral industry has been the deer industry.

''Returns for both venison and velvet have been extremely stable and that has been welcome in the turbulent times, both globally and financially.''

The Motivate recommendations would support the Passion2Profit (P2P) programme, which had been developed by the industry to achieve more profit on farm, he said.

The group would put their recommendations and a strategic plan to the DINZ board before the end of the year, Mr Jermy said.

There was no timeline for implementation and he would not comment on the costs involved or the projected dollar value to the industry, Mr Jermy said.

''Tenders have been invited from two public relations companies to put together a three-year strategic plan to raise the industry's profile,'' he said.

''We see that as quite urgent and immediate,'' Mr Pearse said.

The group had had discussions with industry training body Primary ITO about industry training needs; encouraging more people to undertaking training; and developing further resources for those in the deer industry who wanted to gain relevant formal qualifications as well as learn on the job, he said.

In addition, the group had been exploring incentivisation options, including stock sharing, share farming and motivation bonuses.