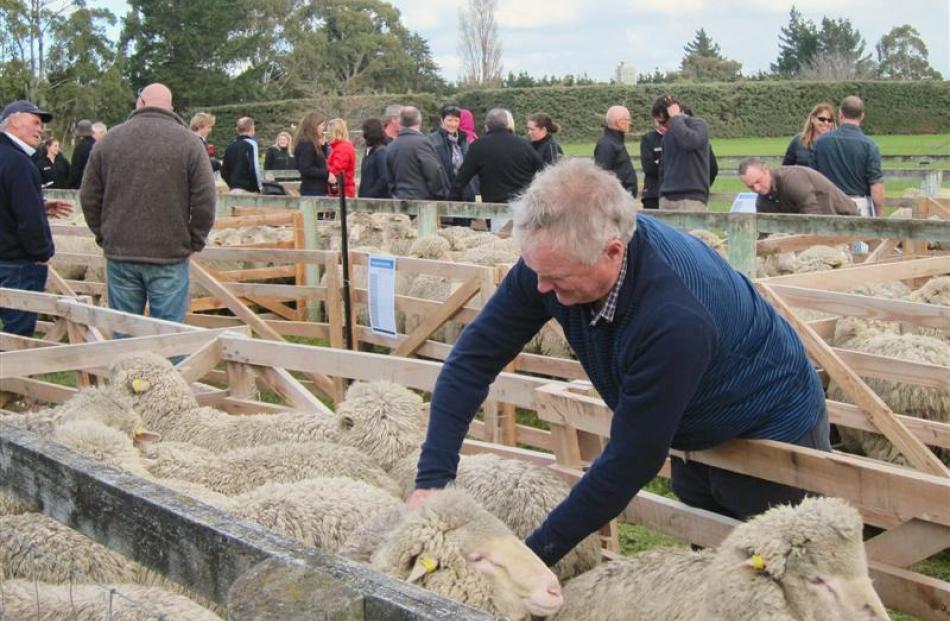 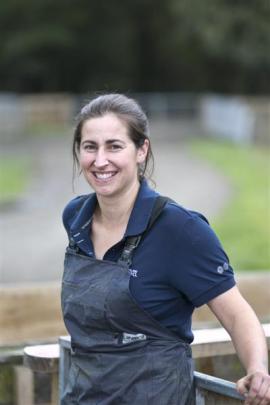 Anna Vaughan got ''hooked'' on merino sheep while undertaking work experience at Lake Coleridge Station, in the Canterbury high country, during her university summer.

Now, Miss Vaughan (31) is combining her passion for the breed and for farming with her work as genetics project manager for the New Zealand Merino Company (NZM), where she is heavily involved with its central progeny test (CPT).

Miss Vaughan is from a farming background - her parents were dairy farmers - but her last four secondary school years were spent at Te Anau, where they managed a sheep and beef farm for Landcorp.

They were involved with the development of the Landcorp Landmark maternal composite sheep breed, in which she took an interest.

Her brother Dave - now manager of Landcorp's Waipori Station on the shores of Lake Mahinerangi - was shepherding and it ''looked like a pretty great life'', she recalled.

After graduating from Lincoln University with an agricultural science degree, Miss Vaughan went shepherding and worked on farms for the next eight years.

She worked on a diverse range of properties, from the Mackenzie through to Waipori and Mt Linton Station in Southland.

Last year, Miss Vaughan was ''looking for something a bit different''. She had previously been considering doing her master's degree and had been in touch with geneticist Dr Mark Ferguson, prior to him joining NZM.

Dr Ferguson, who moved from Western Australia to Christchurch in 2012, is leading NZM's production science project.

He mentioned there was an opportunity at NZM, as genetics project manager, which she ''jumped at''.

While it had been a ''big call'' to give up her working dogs - she sold all but two, which were being looked after by shepherds at Waipori - and day-to-day farming, she loved her job. She was working among an ''awesome'' team and had ''learnt heaps'', she said.

Looking after the CPT was the biggest job; she was involved with collecting data and working with stud breeders, trying to get them to use estimated breeding values and ''making the most'' of their data.

It tested progeny from 40 different fine wool rams each year and was thought to be one of the bigger AI programmes to be undertaken in the New Zealand sheep industry.

Data from the progeny was collected to provide a data set used to demonstrate various factors including the wide range in performance of sires, an estimate of the genetic parameters for foot rot, identifying rams that performed well on non-traditional merino country, lamb survival, foot rot and worm challenges, wool measurements, wrinkle and dag score, fleece rot and fly strike, fat and muscle, growth rates, and female reproduction.

The open day was an opportunity to show some of the CPT results and talk about the role of genetics and animal health traits, Miss Vaughan said.

There was an opportunity to view the progeny of the sires and hear the latest data.

What was being seen was that, for each trait, there was a ''huge amount of variation'', Miss Vaughan said. It provided opportunities for farmers - ''the rams are out there if you're trying to improve on a trait''.

In April, Miss Vaughan and Richard Gloag, from Buscot Station, at Omarama, took part in a New Zealand-South Africa agricultural exchange, funded by the Gordon McMaster Trust and facilitated by the Otago Merino Association.

Their main host was Andries Pienaar, who won the South African farmer of the year title in 1985, and who runs the Mega Merino stud with his son Jacques.

Mr Pienaar has radically changed his type of sheep over about 30 years, and now breeds a very plain-bodied sheep that produced about 30% wool and 70% meat. His genetics were used both in New Zealand and Australia.

There was a strong emphasis on meat in South African merinos and the sheep were ''really different to what your stereotype of what a merino looks like''. It was an ''eye opener'' seeing what a merino could be.