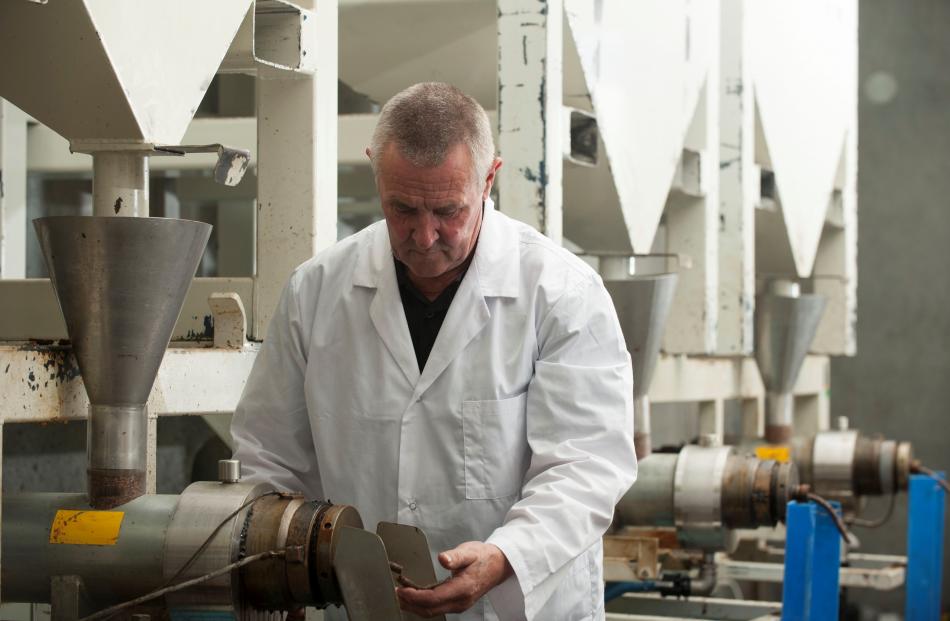 Ashburton company Oil Seed Extractions has been waiting a long time for a change in legislation which would enable it to sell food products made from hemp in Australasia.

The producer of seed oils for the food, skin care and health sectors, and its parent company Midlands Seed, were among the first companies in New Zealand to be granted a licence to grow hemp back in 2001-2002.

The companies were also the first to grow and process hemp seed into oil for retail sale and two years ago Oil Seed Extractions became the first New Zealand company to produce hemp seed protein.

Hemp seed oil, flour and protein is sold in countries such as the United Kingdom, Europe, Canada and the United States. With the exception of hemp seed oil, hemp foods are not allowed to be sold in New Zealand for human consumption.

Nigel Hosking, sales and marketing manager, said an application had been made to Food Standards Australia New Zealand but it was unlikely to be considered before January next year.

Research and development of improved cultivars continue to be trialled on the company's Mid Canterbury farm and if the breakthrough comes, it will be well-placed to take advantage of any relaxation in the strict rules around hemp.

In the meantime, Oil Seed Extractions continues to search for new products and new markets, targeting the development of high-quality nutritional products.

The company is continuing to expand its range of seed oils, specialising in natural nutritional oils and food ingredients rich in essential fatty acids.

Much of the oil-producing seed is grown in Mid Canterbury while others are sourced from areas known as the best producers of their particular crop, Sarah Adams, the international sales and marketing manager for Midlands Seed said.

The chain of sowing, growing, harvesting and processing can be traced and is an added marketing tool, particularly in Asian countries, where food safety and quality are important.

The company's range of bulk oil products has been launched into the Asia Pacific region and Mr Hosking sees untapped potential in this market.

The Ashburton processing plant under manager Barry Snell, extracts the oil by the cold pressing method. This is regarded as the principal method of extracting oils without damaging them.

The oil is made in an oxygen-free environment, the temperatures do not exceed 40degC in the process and the oils are not exposed to light.