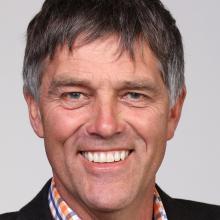 Murray Donald
Former long-standing Alliance Group director Murray Donald has been elected to the Farmlands board.

Nine candidates contested the three  vacancies this year and Nikki Davies-Colley, from Northland, was  re-elected. The other new director was Warren Parker, from Bay of Plenty, who recently stepped down as chief executive of Scion, the New Zealand Forest Research Institute.

• Dawn Sangster and Russell Drummond have been re-elected unopposed to the board of Alliance Group.

Mrs Sangster, who farms at Ranfurly, has been on the board since 2011, while Mr Drummond, from Avondale, has served one term.

Alliance will release its annual result on or about November 22. This month, chief executive David Surveyor said profit would be ‘‘substantially up’’ on last year’s result and debt would be halved.

Farmer shareholders were  encouraged to attend the co-operative’s annual meeting in Te Anau on December 14.