Fears of 'erosion of capacity' in agri-science 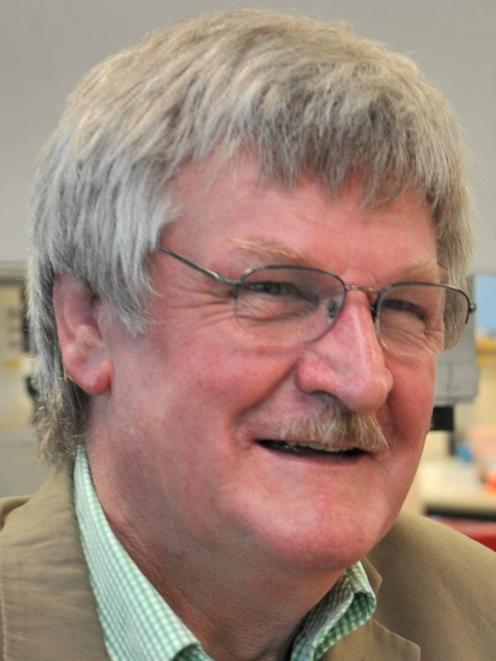 Frank Griffin
Unless the ''erosion of capacity'' in agri-science is halted and quickly reversed, New Zealand will remain a preferred supplier of low-tier food commodities and additives.

That is the message from Frank Griffin, who is concerned about the direction of the sector, including the proposed restructuring of AgResearch which would see the Invermay research centre reduced.

For more than three decades, Prof Griffin has led a University of Otago-based research team devoted to solving animal health problems in the deer industry.

That work has included developing diagnostic tests for the detection of two major bacterial diseases of New Zealand deer - bovine tuberculosis and Johne's disease - and a vaccine for the prevention of yersiniosis.

He was elected a Fellow of the Royal Society of New Zealand last year.

Prof Griffin said the success of farming in New Zealand over a century had been led by its partnership with science.

The industry was supported by a ''world-leading'' agri-science platform in pastoral production systems, disease control, assisted reproduction technology and the management of animal genetics.

However, staffing levels in New Zealand agri-science had decreased by more than 50% during the past 20 years, at a time when there had been ''explosive developments'' in science and technology worldwide, he said.

The emphasis of the science programme had switched from the factors that influenced production to marketing. The remaining few were largely involved in crop production, biosecurity, epidemiology and environmental science, he said.

If New Zealand farming was to sustain its ''premier position'' in food production, it must reinvest in the research required to maximise the commercial potential of the rural sector as the ''fuel stock'' of the economy.

Recent problems in the food processing sector and restructuring within AgResearch were ''symptomatic of the malaise'' that had arisen through the erosion of agri-science and lack of investment in a ''future-proofed'' science platform.

''New Zealand agriculture is the repository of some of the best and most diverse animal and plant genetics available to farmers worldwide.

''Successful exploitation of this resource cannot be sustained unless we engage a new generation of biologists whose science will allow farmers to realise their full potential.

''New Zealand currently has world-leading scientists in genomics, proteomics, assisted reproduction and animal health research. All of this capacity will be lost to the agriculture sector within a decade unless there is a reversal of current trends in research funding,'' he said.

Talented young scientists must be recruited into agri-science ''to stop the haemorrhage and ensure our future success''.

He believed New Zealand's premier position as an exporter of milk products would be challenged by the EU, United States and South America within the next five years.