Funding sought to get young into agricultural jobs 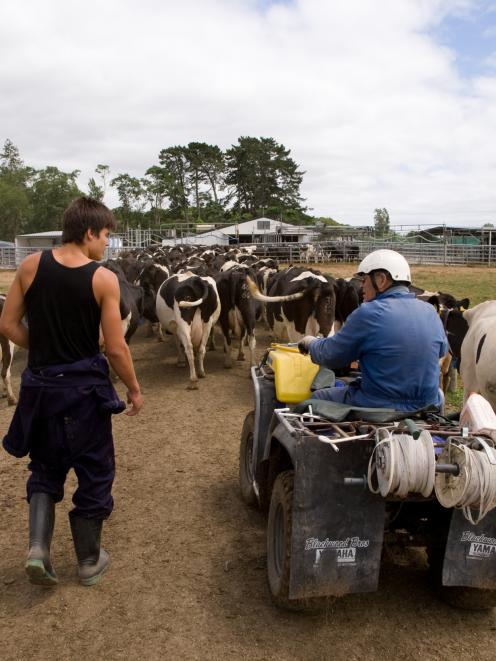 The organisation found young people and Work and Income clients did look at agricultural jobs in a positive way, apart from the long hours, but often lacked ''direct experience of the industry''.

In its draft ''Southland Futures Primary Industry Careers for Young People'' report, the organisation's other research found that many Southland employers had reported ''challenges around recruitment'' and that several industries had ''labour shortages and more were expected due to factors around ageing workforce and changing skills requirements''.

It suggested developing improved connections between schools and the industry and, to do so, had created the Southland Futures Primary Careers Youth Strategy.

''We have done the analysis and identified the key issues for youth unemployment,'' Mr Canny said.

''The level of youth unemployed is much higher than previously expected.

''For the 15 to 19 age groups in the Southland district, 9% are unemployed or outside education and in the Gore district it is 10% and in Invercargill it is 22%.''

The report said of those aged 20 to 24, 13% were unemployed compared to the nationwide average of 6%.

''Having them [young people] out of employment or training is a waste of human capital,'' he said. The agricultural sectors also faced challenges finding labour. As an example, he said Rural Contractors New Zealand members had reported having 200 hard-to-fill seasonal and full-time vacancies across the region.

Once funding was in place Venture Southland would establish a task force and employ a project co-ordinator and field worker and develop a ''Pathway into the Sector'' from school and unemployment, through to careers in the industry.

The strategy also outlined proposals to design and promote a ''Good Employer'' standard or rating system and develop best-practice employment.

''We also need to remove barriers [to agricultural work], such as isolation and transport,'' he said.

''However, no issue is insurmountable and there are always ways of making things happen.

''This is a long-term commitment, not a stop-gap measure, and it affects our future.

''Young people are our future,'' he said.