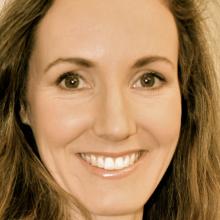 GoodYarn was developed specifically for farming communities to increase awareness of the signs and symptoms of stress and mental illness, to give people the confidence to talk with someone when they were concerned, and to know where to get help.

A pilot programme began in 2014 and, since then, it had  been delivered not only throughout Otago and Southland but also  to rural communities throughout New Zealand, WellSouth programme manager Louise Thompson said.

It had been delivered to about 300 people in rural Otago and Southland via a series of 2.5-hour workshops in local communities.

Another 1250 people across the country had attended workshops over the past eight months.

GoodYarn was effective because it used people from farming backgrounds to facilitate the workshops and the language, scenarios and resources developed were specific to the farming context, she said.

"GoodYarn draws upon the stresses of farming and rural life to ensure the concepts used and messages delivered are relevant and engaging for rural professionals, farmers and their families."

She believed the success of GoodYarn was due to two key factors — consultation and collaboration.

"WellSouth undertook robust consultation when it developed the programme. We talked to many people living and working on farms, organisations and representative groups that support farming and businesses in the agricultural sector.

"Blending those insights with research on what has worked elsewhere in the world resulted in a programme that is meaningful, relevant and engaging for the sector."

GoodYarn was delivered by a partnership between  WellSouth, DairyNZ and rural businesses and organisations around New Zealand that were passionate about the health of rural communities.

All those organisations acknowledged a mentally healthy rural workforce benefited individuals, families, communities and the rural economy as well, she said.

DairyNZ chief executive Tim Mackle said the award was great recognition for the initiative, which had prioritised the wellness and wellbeing of dairy farmers  during challenging times.

The workshops had been particularly useful in supporting farmers through recent seasons, when reduced milk prices had put "real pressure" on the industry.

Primary Industries Minister Nathan Guy said it  it was great to see the wider rural community support dairy farmers with schemes such as GoodYarn.