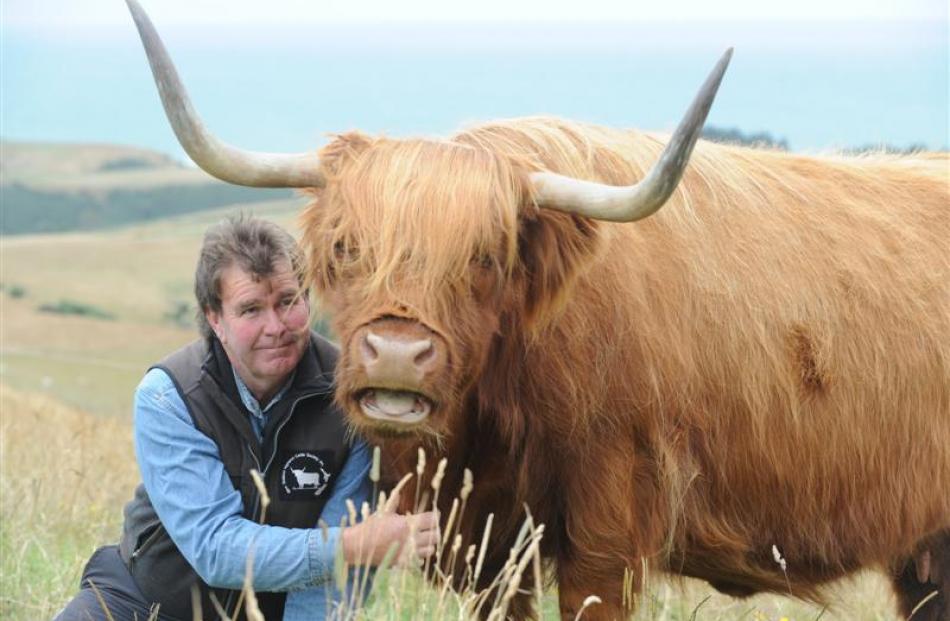 Grant and Cathy Watts are keen to encourage others to get involved in showing Highland cattle.

Mr and Mrs Watts, who have been breeding the hairy beasts since 1999, will be exhibiting at the national South Island Highland cattle show in Oamaru.

The show is being held in conjunction with the North Otago A and P show on February 25 and exhibitors from Southland to South Canterbury will be attending with their prize cattle beasts.

The judges are Willie Christie, a Scot who now lives in Mid Canterbury and who used to manage a large Highland fold in Scotland, and Angela Whyte, from Mount Somers, who is associate judge for the event.

Judging begins at 9.30am and Mr and Mrs Watts hoped that people interested in the breed would come along to watch, learn and find out more about the special breed of cattle.

They could talk to the breeders, view the full spectrum of colours available and also see everything from bulls and cows down to calves.

Among the classes, there is also a novice handling class to give newcomers experience in the show ring.

It is the fifth year that the show has been held in Oamaru and it has proved very successful. Good prizes were on offer, thanks to good sponsorship, Mr Watts said.

Mr and Mrs Watts first became keen on the breed while living in Tauranga. They started off with two first-cross Highlands, before buying a couple of purebred cows, and numbers have steadily grown to just over 50 on their property near Taieri Mouth.

They usually exhibit at the Otago-Taieri, South Otago, Tokomairiro and North Otago A and P shows.

Their star performer, 6-year-old cow Margarita of Pottidoon, has been supreme champion Highland three times at the Royal Show in Christchurch.

Preparing their animals for show involved shampooing, drying off and brushing their coat, oiling their horns and scrubbing their hooves, taking about an hour per animal.

Highland meat was also very tender and tasty, low in fat and cholesterol, but high in protein and iron.

Highland cattle have been kept for the British Royal family since 1866 and Highland beef was the Queen's preferred meat, he said.