'Knack' required to work with deer 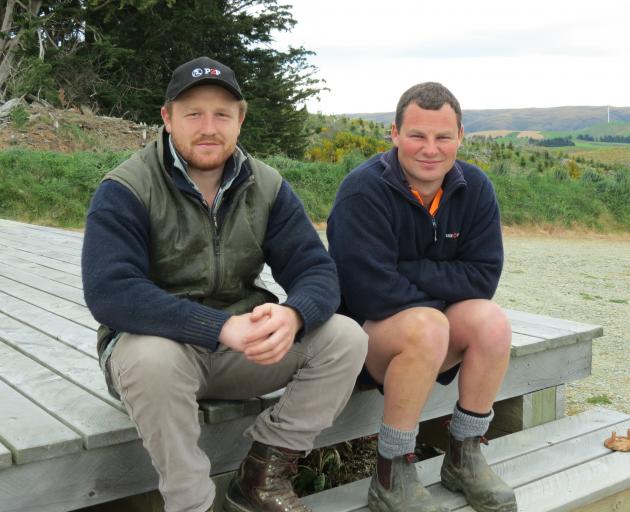 Both work at Landcorp's Thornicroft Station near Lake Mahinerangi and both are interested in deer and can imagine their futures linked to the industry in some way.

Mr Neilson (22) is the station's deer manager, along with station manager Lindsay Cunningham.

Mr Bain (21) has just finished his last year at Lincoln University and was on his second day as shepherd at the station when Southern Rural Life talked to him.

Mr Neilson starting working with the station's sheep and cattle before moving to the deer unit, which has about 2500 hinds plus fawns, and 100 stags.

He grew up on a sheep and beef farm in the Maniototo but had always liked deer.

He enjoys the work and is passionate about the industry.

''You have got to have a knack for working with deer as it is not everyone's cup of tea,'' Mr Neilson said.

He recalled during his first three weeks on the deer unit, when trying to move a mob, they were running all over the place.

''I was laughing but Lindsay got angry.''

He considered deer more intelligent than sheep or cattle, and although in the early days of farming them, they could be skittish, they have developed into a much calmer animal and were easier to handle.

On the other hand, he suggested the stags be given more respect during the roar as they were likely to be grumpy.

Mr Neilson said he was interested in taking some Primary ITO deer-related courses and had also been involved in the industry's Next Generation programme, which provides extension learning for people in the industry.

Mr Bain grew up on a sheep and beef farm in Kyeburn and has just completed his agricultural degree, before starting work at the station.

He had spent time there the previous summer for work experience.

He was one of six students invited to take part in Deer Industry New Zealand's Big Deer Tour in late August, which was designed to give them an overview of the deer industry and encourage them to consider it as a career.

The students visited deer farmers, researchers, scientists, consultants and marketing companies and even had a venison cooking lesson.

''That sparked a lot of interest [in deer] and I quite enjoyed it,'' Mr Bain said.

''The biggest thing I got out of the tour was the various roles the deer can have within various farming systems, and are generally the most efficient and profitable in the process.''

He said both the speakers and the farmers were passionate about deer.

He found the marketing side interesting, but still preferred to have a more hands-on job and work outside and enjoyed working with all stock classes.

''I now see my future working with deer a lot more than I did previously,'' Mr Bain said.

They both encouraged school careers advisers to encourage pupils to think about agriculture as a career.

''There is a shortage of young people coming through,'' Mr Neilson said.