Lots of changes in industry, but basic principles remain the same 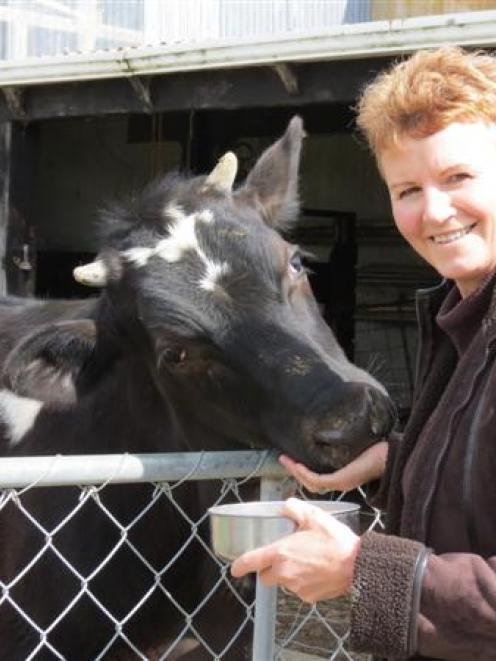 The former Edendale 50/50 sharemilkers, who have since separated, won the inaugural regional competition in 1990 but it was held too late for them to compete in the national final.

However, they were allowed to enter the Southland event the following year and won again.

This time they competed in the national final, finishing less than half a point behind that year's winners Clem and Patricia Captein, of Waikato.

Ms Bellew said to lose by such a small margin was disappointing, although the national event was exciting.

They were in their second season at Edendale after moving down from Northland, when Federated Farmers representative Ray Sutton set up the Southland regional competition and convinced them to enter.

''We decided to enter because of our competitive spirit and we hit our straps when we moved to Southland,'' Ms Bellew said.

''We had done the hard work in Northland and when we moved down here we saw that hard work was going to pay off.''

The inaugural regional final was held at the Ascot Hotel, Invercargill, and attracted 11 entries.

Peter and Karen O'Brien, of Oporo, were second and Don and Gwene Edgecombe, of Rimu, were third.

During their first winning season the couple milked 215 cows on 82ha and produced 40,779kg milk fat, at 510kg a hectare.

Ms Bellew, a Southlander, moved to Northland after marrying Mr Malone, where they began milking.

''After coming back to Southland for a wedding [in 1989] we saw what we could do down here, so we applied for a job with the Southland Dairy Co-operative,'' Ms Bellew said.

She said the competition's initial format had not changed much through the years.

''The competition made us analyse our financial management skills and we realised the things we were doing by instinct were really sound farming practices,'' she said.

After their wins they went to the Mystery Creek fieldays to promote dairying in Southland, were involved in the competition's regional organisation and also donated trophies for second and third placegetters. After the couple later split up, Mr Malone moved to Timaru to milk and Ms Bellew stayed in Southland, working for Hokonui Gold Radio, CRT and AgITO.

She said the industry had changed considerably since then, although the basic principles were the same - getting young stock and grass management right.

''Farming is far more professional now [than then] as there is such big money involved now.

''I think women have taken on a far greater, more hands-on role than we could in the past,'' she said.