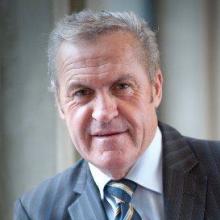 David Carter
New policy for the South Island high country will soon be released by the Government, and Agriculture Minister David Carter expects pastoral lessees to welcome it.

In an interview yesterday with the Otago Daily Times, Mr Carter said the National Party had campaigned on a policy of affordable rents for Crown pastoral lease land.

"I don't expect high-country farmers will be at all unhappy when the high-country policy is released," he said.

Asked about last Friday's land valuation tribunal ruling on rent-setting methodology, which found in favour of pastoral lessees, Mr Carter said it was a victory for farmers. High-country farmers had a role in managing the "difficult and fragile environment, in many cases better than some Wellington-based bureaucrat," he said.

The tribunal found that rents set by Land Information New Zealand (Linz) should not include a charge for amenity values, a move which in the case of Minaret Station, on the shores of Lake Wanaka, would have seen its annual rent increase from $4900 to $105,600.

Station owners Jonathan and Annabel Wallis said that was unaffordable and their new rent as determined by the tribunal would be $20,000.

Mr Wallis, who was also the chairman of the lobby group the High Country Accord, said in a newsletter while the review meant his rent would increase 400%, it did not mean all lessees faced a similar rise, because some areas had a disproportionate shift in land value compared with others.

He said the group had an undertaking from Linz and the Commissioner of Crown Lands to find "the best possible way forward" given the number of pending valuations and the backlog of determining valuations.

The ministers of agriculture, conservation and lands would review the Minaret decision in light of the proposed policy, and Mr Carter hoped pastoral lessees who wanted to, could continue to proceed through tenure review.

A Linz spokesman said no decision had been made on whether to appeal the ruling, for which it had 14 days to decide. The department viewed the hearing as a test case, but its influence on rent setting methodology and policy was still to be determined, and was part of its analysis of the ruling.