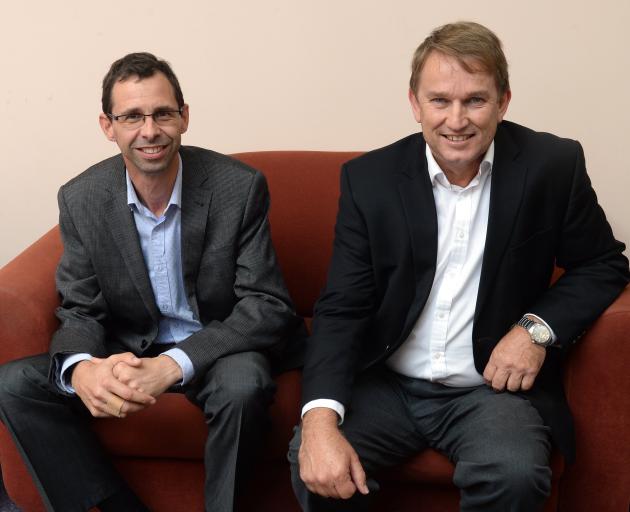 ''You have to be involved and make changes,'' Mr Bailey said, referring to the future of the red meat sector during a recent visit to Dunedin.

Everyone knew the sector was lacking profitability; based on research, it was believed that top-performing farmers were ''doing OK'' but a lot of others were not, Mr Bailey said.

The sector had been operating for a long time with declining numbers and inadequate profitability. Something different had to be done.

If every farmer was to lift performance, leading to higher profitability, then there would be a ''different dynamic going on in the sector'', he said.

Those top-performing farmers did some things a bit differently, often a lot of little things well.

There were some common attributes among those farmers. They did not necessarily work harder, but they planned - and they planned for success and they used farm performance data well to make timely decisions.

The RMPP programme was based around how to get the balance of farmers in the sector doing more of what those high-performing farmers did, Mr Bailey said.

Seventy-five farmers throughout the country, including more than 20 in Otago and Southland, were taking part in the RMPP pilot farms extension project.

That project was trialling different approaches to deliver information in a way that worked for farmers. It was researching how best to support farmers to make changes to increase their profits.

Last week, farmers and rural professionals involved in the extension project and those businesses involved in the high-performing farmer research met in Christchurch for a workshop on how to help roll out successful extension approaches to the wider red meat sector.

RMPP general manager Michael Smith said a key thing among pilot farms was getting independent experts on farms to advise on specific changes and how to make those changes.

Confidence was key. Many farmers had the knowledge but needed to have the confidence to deliver their ideas, Mr Smith said.

Mr Bailey said there were a lot of activities going on through RMPP to help improve higher profitability.

There was a focus among high-performing farmers on using data and investment was being made in courses for farmers around using computers and using data.

A single-standard new farm audit system - the New Zealand Farm Assurance Programme - had also been developed in conjunction with processors.

The Ministry for Primary Industries had identified that 50,000 more skilled workers were needed in the primary industries nationally by 2025.

Resources were being invested to foster interest in the sector, along with others, and hopefully attract some of the ''brightest and best'' young people into it, Mr Bailey said.

Mr Smith said the red meat sector has invested heavily in improving the uptake of knowledge over the years, with varying success.

''Our aim has been to understand farmers' motivation and needs, rather than assuming we know best and telling them what they should do. Every farm and farmer is different and this means finding what works best for them.''

RMPP would use what it had learnt from the pilot farms to identify which approaches were effective in supporting profitable farming system changes in a much wider roll-out.

Mr Smith said the next challenge for RMPP was to scale up to allow the opportunity for all farmers to be involved in order to achieve higher profitability for the whole industry.

''This programme is not about telling farmers what to do. It's about creating an environment where farmers can learn from each other, share what works, utilise expertise, embrace change and make more informed business decisions for the future of their business and their family,'' he said.