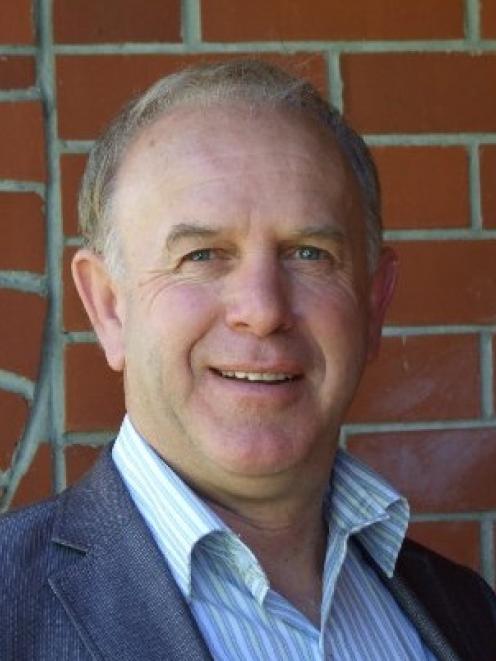 Stephen Jeffery
While rain might have dampened some people's Christmas spirits, it has had the opposite effect on Otago's farmers.

In the past few days, 49mm of rain has fallen in Dunedin city, 26mm at Dunedin airport, 21mm in Balclutha, 19mm in Oamaru, 1mm in Alexandra, 5mm in Queenstown and 2mm in Wanaka.

The cloudy drizzle was expected to continue through most of the weekend until a norwester pushed it away, the Metservice said.

''At this stage its looking like it'll be a fine New Year's Eve.''

Federated Farmers Otago president Stephen Korteweg said rain of a week ago was good, but the Christmas rain had been even better, and meant farmers could relax over the holiday period.

''It's exactly what we needed as we were heading in the direction of getting a bit grim.''

Some farmers had been weaning lambs early but there was not the quality feed for them and Clydevale dairy farmers were starting to feed silage to stock and move to 16-hour milking.

''The rain is just what the doctor ordered. The ultimate Christmas present.''

Rivers along the coast continued to rise but were not near flood alerts yesterday.

Moa Flat farmer Blair Johnston said more than 7.6mm of rain had fallen in the area in less than a week.

''It's been getting real dry and we were heading for a drought, so it was needed.''

Many Central Otago cherry growers are between varieties at present, and Alexandra and Cromwell orchardists seem to have got off lightly, compared to Teviot Valley fruit growers, who bore the brunt of the wet weather.

Several Teviot Valley cherry growers said they had received more than 7.6mm of rain in the last week and were yet to assess the rain damage to the ripening crop.

''There's certainly been some damage after all that rain and we've had helicopters in several times drying off the trees, but we'll assess the damage when we're back into harvesting, '' orchardist Stephen Jeffery, of Roxburgh said.

The sodden weather did not seem to be bothering summer holiday campers, with many making do.

Dunedin Holiday Park manager Daniel Grubb said there had been no cancellations and people were continuing to pitch tents in the camping ground.

''With the whole country like this, they are grinning and bearing it.

''It's still warm and it's not windy.

''And there are still plenty of things campers can do indoors, like the Boxing Day sales and visits to the peninsula wildlife parks.''

Leith Valley Touring Park owner Terry McLaren and Aaron Lodge Top 10 Holiday Park owner Margaret McLeod said the rain did not seem to be putting people off visiting their premises, although some had decided to hire cabins rather than pitch their tents in the rain.

Patronage was down on this year's Otago Heritage Bus Society Christmas bus service.

The society operated two suburban routes servicing the community along the St Kilda to Brockville/Halfway Bush route, and the St Clair to Normanby route.

A spokesman said compared to previous years, patronage was down, but he suspected it was due to the cold damp weather which didn't encourage locals to get out and about.