'Retirement' is apples for Murray 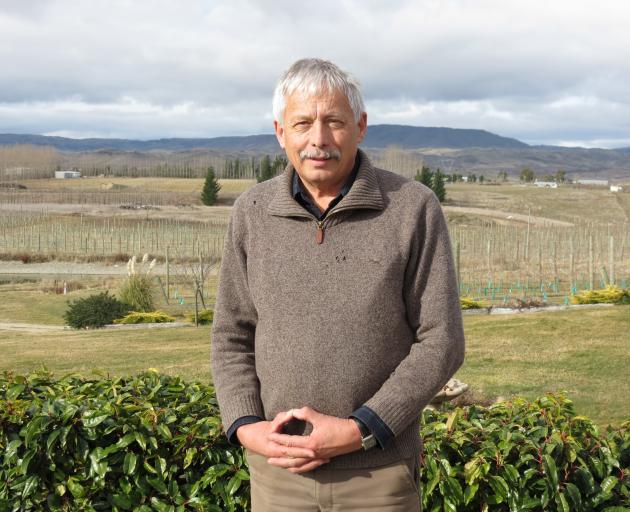 Former shoe shop owner Murray Bell, of Alexandra, is busier than ever, since retiring from retailing and focusing on his organic apple orchard. Photo: Yvonne O'Hara
Former Alexandra retailer Murray Bell has given up heels and soles for Honeycrisp and Jazz.

Mr Bell, 63, retired from his shoe retailing business earlier this year, but relaxing with his feet up has yet to happen.

He and partner Rachel Samuel have Crag-an-oir Orchard, which is 15ha of apple trees on the outskirts of Alexandra.

They originally grew some apricots, but they now focus solely on growing several apple varieties, using organic principles. The orchard is certified under BioGro as part of the Springvale Apple Growers Partnership.

They have planted new varieties Honeycrisp and Koru, as well as the popular Jazz, Pacific Queen and Fuji Aztec, and work in with neighbour Chris Denniston, of Central Organics, to manage the property.

''There is a huge demand for organic fruit worldwide.

''It doesn't matter whether it is the United States, Asia or Europe, organic produce is wanted everywhere.

''Chris gets phone calls regularly from people in markets around the world wanting organic fruit.''

They now use organic-based sprays and their fruit goes through the Central Organics packhouse in Ettrick.

Their first crop of about 2000 cartons of Honeycrisp was sold to the United States this year.

He said Honeycrisp had been in the United States for some time but was a newer variety in Central Otago.

''It is probably the highest grossing apple per kilogram there.''

''I am probably the boy who picks things up and tidies things when everybody is finished.''

His irrigation system is supplied from two dams filled from water races from the Manuherikia Valley scheme.

The ponds are filled with trout and perch, and attract ducks and shags.

He said Central Otago was ideal for organic fruit production, as it had a low humidity and low winter temperatures, and the temperature movements encouraged good flavours.

Despite being retired, Mr Bell said he was as busy as ever.

''People ask what is retirement like and I just say I am retired from shoes, but I am still busy.''