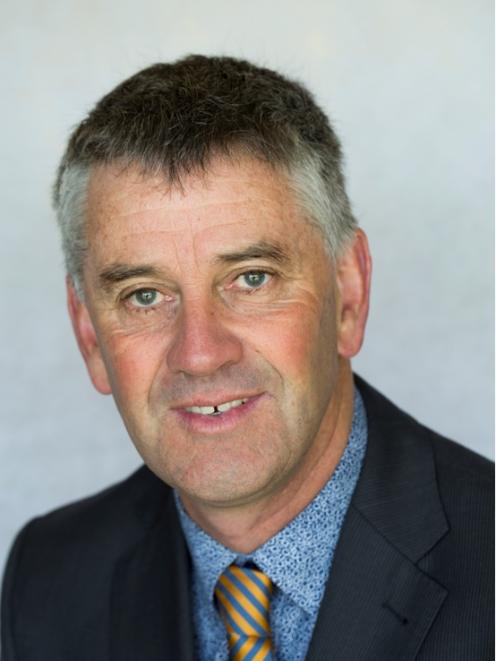 That figure is well above the 0.8% recorded for wider Canterbury, but was below the nationwide figure of 2.8%.

Timaru district's gross domestic product (GDP) for the year to June was $2318million.

Infometrics estimates show the dairy payout contributed to that figure. The payout was $150million (before dividends) in the 2016-17 season, up $55million from the previous year.

That increase was coupled with more positive news from Fonterra that its farm-gate milk price forecast would increase from $6.50 to $6.75 per kilogram of milk solids.

South Canterbury Federated Farmers president Mark Adams said he was not surprised by the district's growth, particularly as the dairy sector recovered from its downturn.

''During the dairy downturn there was an accumulation of debt and a lot of that debt will have to be addressed before farmers can spend.''

That was starting to happen, he said.

''I think that's what is reflected in the growth. I also think South Canterbury has a wonderful success story of the power of water and how water can unlock the potential of a region and give industry a confidence to invest.''

Mr Adams said, in many cases, the ''underpinning'' factor, which had allowed various agriculture sectors to invest was water.

''While we have issues in the way we manage our water and water quality, the province is riding a wave of prosperity, which is underpinned by that water,'' he said.

''We are now more aware of some of the unintended consequences of irrigation and farmers are learning to adopt measures, strategies and innovations that will allow us to maintain productivity and enhance water quality.''

Aoraki Development chief executive Nigel Davenport said the Timaru district was ''very much'' a rural based economy, which was reinforced by the latest figures.

''These figures are good news for us,'' he said.

''It's a massive increase in dairy payout, up $55million for the year and that, coupled with the positive season for the other parts of the primary sector, including horticulture, forestry and seafood, has a real flow-on effect through the community.''

''The log prices are as good as they've ever been. At this stage [there are] no looming signs of correction.''

He said growth in the Asian market had helped, and New Zealand's domestic sector was strong.

''So, [it is] very steady. We are just ticking along nicely, touch wood.''

Prime Port Timaru chief executive Phil Melhopt said the rural sector's performance was evident at the port. Record volumes of both bulk and containerised imports and exports had been experienced in the past year.

''While dairy has been prominent, we are fortunate to have a diverse rural sector with sheep, beef, horticulture and forestry all contributing significantly,'' he said.

He said logs exports had had a strong performance over the past two years, which had helped offset reductions in stock feed imports linked to the dairy industry.

He said deer farmers were also well-served by deer processing sites at both Pukeuri and Smithfield, both of which were big local employers in Oamaru and Timaru.

''Some deer farmers also produce velvet, and velvet production has been delivering good returns for the last seven or eight years, despite a slightly disappointing season last year that was disrupted by market access uncertainty.''

Mr Coup said although there was little data available, he would certainly expect that the deer industry had been making a strong and growing contribution to the South Canterbury economy over the past few years.