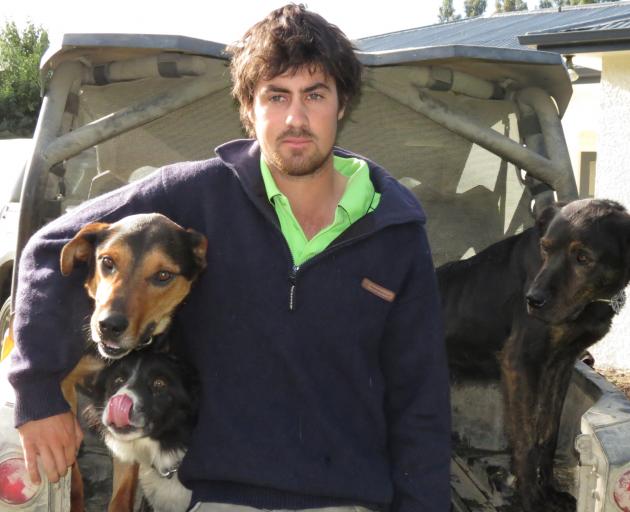 The Moa Flat farm manager was voted into his new role at the region's annual meeting on February 19.

He replaced Chris Pemberton, of Teviot.

''I want to make it so Otago-Southland is the best region in the country,'' Mr Heslip said.

With that in mind, he will encourage the clubs to hold more regional activities, including trips away and inter-club competitions, which may attract more members.

Mr Heslip manages a 445ha sheep and beef property in partnership with his parents, Gary and Karen.

''I have been at home for the past five years on the home farm,'' he said.

''This property was only bought nine months ago for me to move up here.''

He is a member of the Waitane Young Farmers club and was chairman of the club for the past three years, something he is proud of.

''We also go away on trips and I have learned a lot about meetings and the governance side of things.''

He would like to encourage more teenagers to join TeenAg, a group for even younger farmers, which focuses on farming activities.

Many of the TeenAg members may eventually join Young Farmers's clubs.

Mr Heslip said the organisation was not just for farming and rural-based people. There were quite a few members who were town-based and had non-farming jobs.

He said the organisation would welcome anyone if they were aged between 18 and 31.

Mr Heslip will attend three regional meetings and the annual meeting each year, as well as going to regular national meetings.

He will also travel to Feilding and Palmerston North with other members to support Otago-Southland regional winner Nigel Woodhead at the Young Farmer of the Year grand final in July.

The next event on his agenda will be the Young Farmers' fencing and stock judging competitions and skills day, at the Gore showgrounds on March 18

''We are looking for as many club members to go along for the stock judging, as well as many teams of two for the fencing as we can get.

''The winning team for the fencing competition will go the grand final,'' he said.