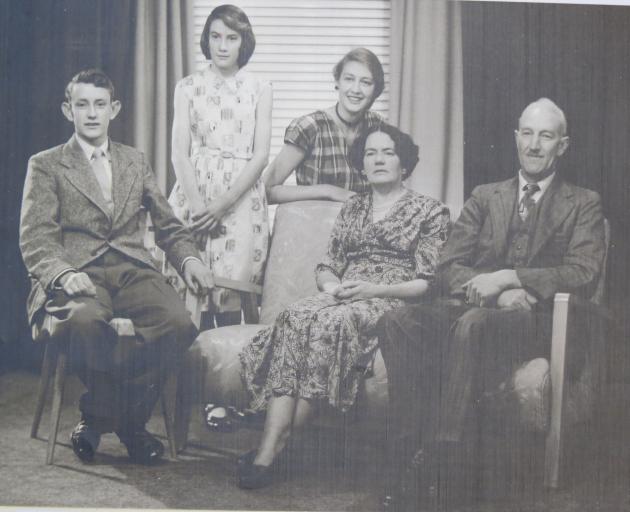 Donald Crawford was the third generation of Crawfords to farm Halwyn, near Lawrence. Taken in the 1950s, this picture shows (from left) Donald, Beverley and Valerie Crawford, with their parents Molly and Alex. Photo: Supplied
The recent reconstruction of a shearing stand, which had been rescued from a demolished woolshed, and was now on display at the Tuapeka Vintage Club, brought back memories for one of the woolshed’s owners, writes Yvonne O'Hara.

It had been on the Halwyn property, near Lawrence, and owned by the Crawford family.

The sheep and beef property was originally part of Bellamy Station, and the original Halwyn homestead was built for the first owners, the Harris family.Donald’s grandfather Duncan Crawford and wife Margaret bought the property in 1927 for their sons Allan, Alex and George.

Alex lived at Craigellachie, and farmed a nearby property while Allan and George farmed Halwyn in partnership. 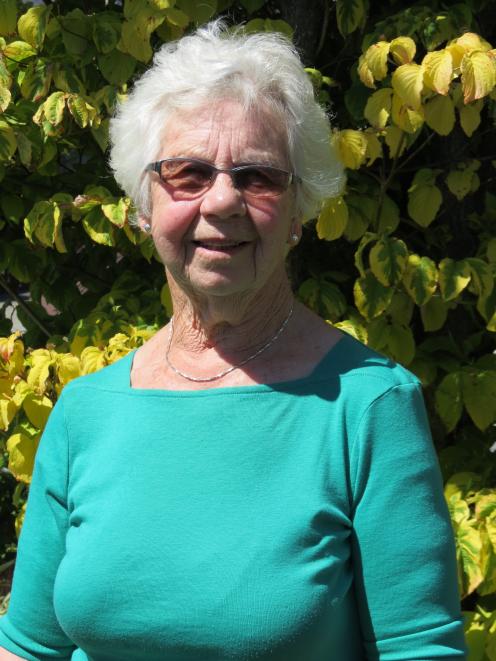 Meredith Crawford, of Alexandra, has fond memories of her time on Halwyn, a large farming property near Lawrence. Photo: Yvonne O'Hara
Alex’s son Donald and wife Meredith moved to the homestead in 1964 and lived there with their children Caroline and Andrew. They started farming the Halwyn property on their own account in 1972.

"I remember my first time there, cooking for the shearing gang and a neighbour had to show me what I had to do," Mrs Crawford said.

Mr Crawford carried out a lot of development, including oversowing and top dressing and they ran about 4300 sheep and more than 200 cattle.

"We were one of the earlier ones to have a pastoral lease exchange.

"Donald was also an early adopter of electric fencing in the area.

"People were quite amazed and would ask how can we keep the sheep in when power goes off.

"He said they don’t know the power was off.

"He was also one of the early ones to use top dressing."

At one point they ran Perendale sheep.

Mrs Crawford said they later changed to merinos, and then settled on halfbreeds, which were more suited to the climate.

Homer Contracting, of Waitahuna, did the development work in the hill country in the 1970s.

About the same time, contractor Ken Harliwich, of Roxburgh, built a road above the flats to access the paddocks by vehicle or motorbikes.

She said the Pastoral Lease Tenure Review process started in 1992.

"The Waipori snow tussock block was returned to the Crown and became part of the Te Papanui Conservation Park, which was opened in 2003."

He was a keen supporter of the Otago Goldfields Heritage Trust Cavalcade and  instigated the inclusion of the walking trails.

Mrs Crawford remained on the property for three more years, with Caroline and Andrew managing the farm, before she moved to Alexandra.

The property was broken up with the undeveloped tussock areas going to Doc and the balance was bought by Contact Energy, Earnslaw One, and the Trinity Foundation for dam access and forestry.