Yards 'sold out from under us' 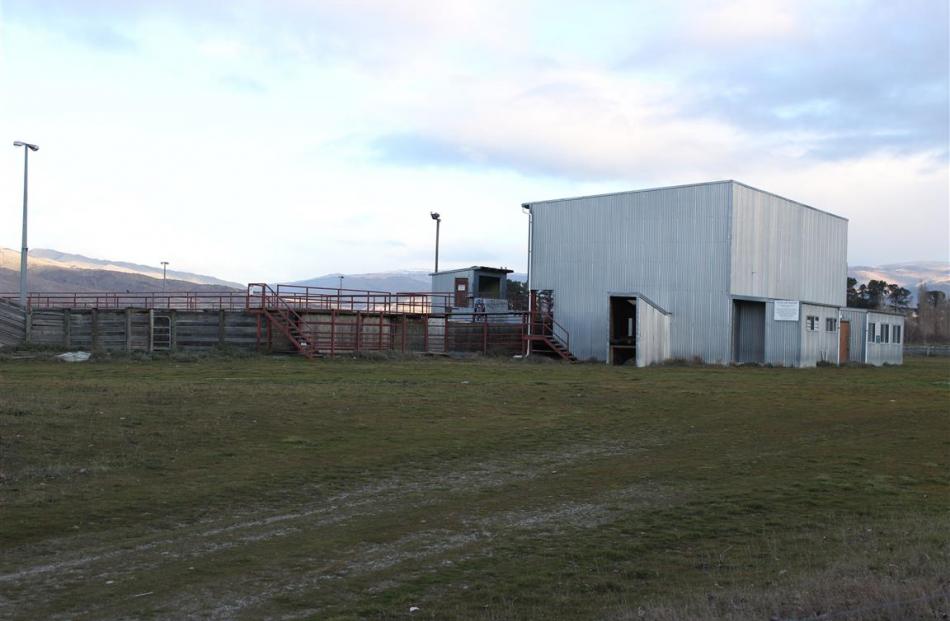 Cromwell’s saleyards in McNulty Rd have been sold. Photo by Jono Edwards.

Some Upper Clutha farmers are outraged by the sale of the Cromwell saleyards to a property developer, labelling the loss of the facility as a "disaster''.

Tarras farmer Beau Trevathan described the attitude of the Cromwell Saleyards Company's directors as "bizarre'', saying they were elected to run the facility and ensure it was there for future generations.

"They've allowed it to be sold out from under us. As far as the farming community here is concerned, the majority of people are bewildered, to say the least.

"It seems as though things have almost gone too far down the track to stop anything happening. The situation really stinks,'' Mr Trevathan said.

It is understood the land, which is on McNulty Rd, has been sold to a property developer for $1.6million.

Chairman Gordon Lucas did not return a call from the Otago Daily Times.

Both Mr Trevathan and Cromwell farmer Peter Morton have criticised the handling of the transaction.

Mr Trevathan said it had been "quietly swept under the carpet''.

The saleyards was publicly advertised for sale by tender earlier this year but no information had been distributed to shareholders before that, he said.

A letter from the company's secretary Alastair Stark was later sent, saying the company had experienced "significant increases'' in administration costs due to the large number of shareholders to manage and increasingly onerous regulatory requirements.

Income generated from livestock sales had declined and the company had insufficient income to cover its costs.

The directors concluded it was no longer viable to continue to operate the saleyards in the current format.

PGG Wrightson Real Estate was contracted to conduct a tender process for the land to confirm its current market value and whether it should be sold.

An offer had been received that the directors considered sufficiently attractive to recommend to shareholders to approve the contract of sale, the letter said.

It was estimated that, under the current structure, the company would have an operating cash shortfall of $30,000 to $50,000 per annum.

A special meeting to approve the transaction was then held and farmers came away from that meeting "absolutely bewildered'', Mr Trevathan said.

Those who wanted to retain the saleyards until more information was available were "totally outvoted'', he said.

Postal votes had already been received, there was already a buyer for the property and a contract on the table.

No attempts had been made to canvass clients in the district to talk through the implications of the sale.

The nearest saleyards were at Omakau, and Omarama, which was more than 100km away, he said.

Not one investor who put his money into those saleyards did so for capital gain.

"Nobody put money into the saleyards ever expecting to get a return on their shares,'' he said.

Shares were there to get a facility established and they would benefit from it from the "good fortune'' of having somewhere to sell their stock.

Mr Trevathan acknowledged there was a downturn in the number of stock going through the saleyards, but said farming was a "cyclical thing''.

Mr Morton said there was "no question'' the saleyards had been running at a loss.

But, given a section of land knownas the Olive Block was sold in 2014, and that money was earning interest, he believed there was enough money to continue in the meantime.

When he first saw the tender notice, Mr Morton said it was "almost like an April Fool's joke''.

While he had nothing against those shareholders who decided to sell, his "bone of contention'' was with the directors for the way it was done and he felt they had let farmer shareholders down.

The company's constitution also stated no director should hold office after their 70th birthday.

Two directors, including Mr Lucas, were over 70, he said.

That was before repairs and other expenses relating to the operation on sale days.

Following the sale of the Olive block, the company had funds of $1.5 million on deposit with Heartland Bank at 3.75% gross.

John Perriam, of Bendigo Station, said the saleyards had been "hugely important'' to the station over the years and it would have "quite an impact''.

It had been a huge asset to the community.

While Mr Perriam did not want to comment on the sale process, he said he "didn't see it coming''.

PGG Wrightson was the largest shareholder, holding 24% of shares, but the company abstained from voting on the sale.

When asked about the effects of the sale, PGW's Otago regional manager Grant Edwards said it was up to individual farmers how they wanted to sell their stock and the company would work with them to facilitate that.

"There will be options for farmers we'll work through with them,'' Mr Edwards said.