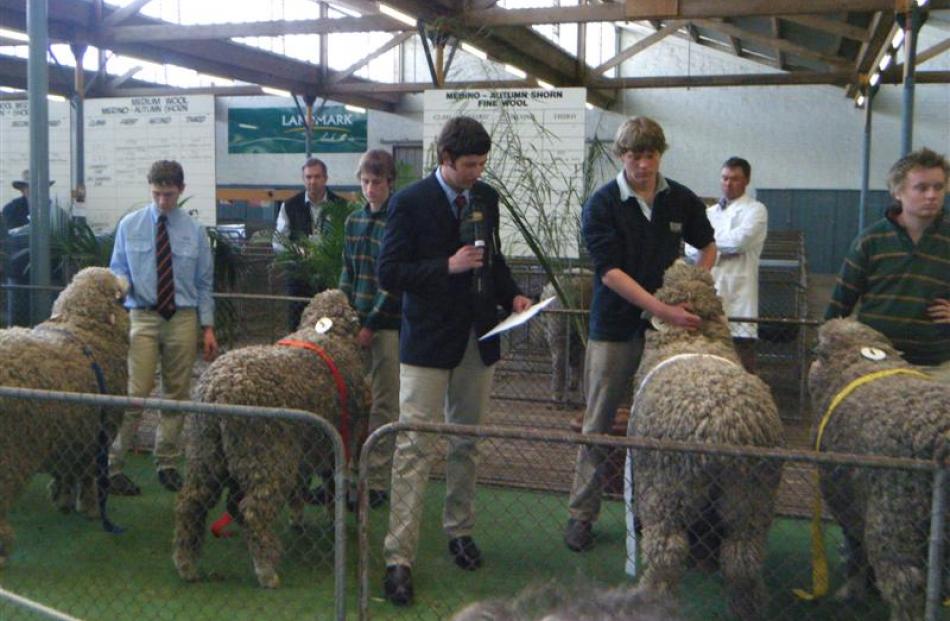 Will Gibson speaks about the full wool merino ram class in a merino junior judging competition at the Royal Adelaide Show. 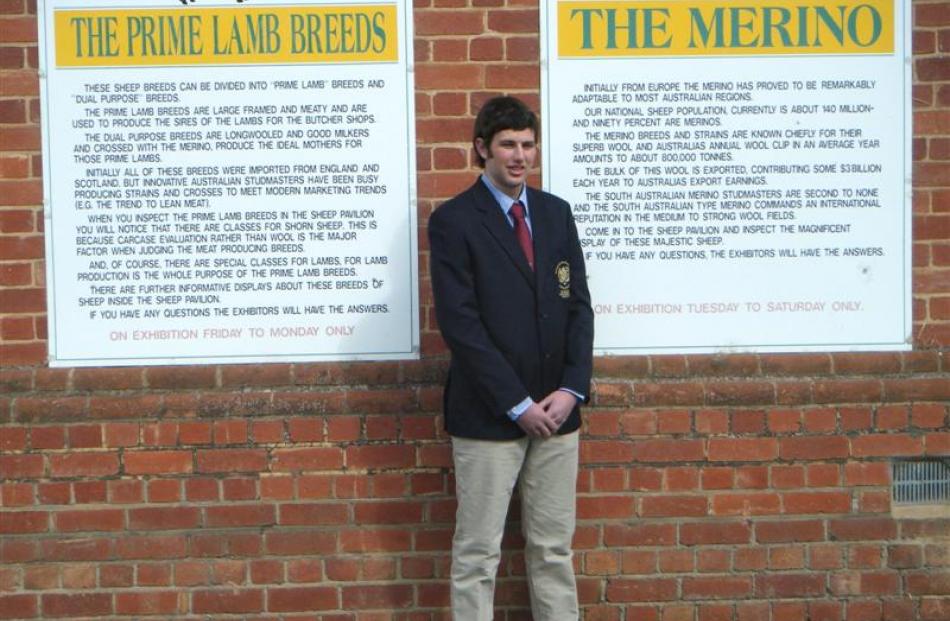 Will Gibson outside the sheep pavilion at the Royal Adelaide Show. Photos supplied. 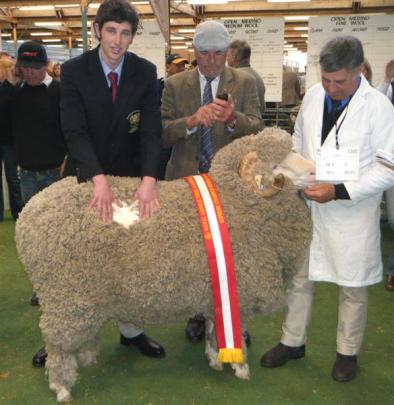 Will Gibson with Robert Harding, the breeder and owner of the supreme champion merino at the Royal Adelaide Show.

A great learning experience" is how young Otago stock judge Will Gibson describes representing New Zealand at the Royal Adelaide Show in Australia.

Will (18), a pupil at John McGlashan College, competed in the junior merino judging competition earlier this month, against the six Australian state finalists.

He was among a small group of young New Zealanders who participated in stock judging and handling competitions at the show.

Last year, Will won the New Zealand merino junior judging competition at the Canterbury A and P Show. He was believed to be the first secondary school pupil to win the under-25 competition in its 21-year history.

In Adelaide, Will had to judge eight merino sheep - four rams and four ewes, all in full wool. The sheep were a lot larger and a lot stronger in micron than what he was used to in New Zealand, he said.

The rams were in one group and the ewes in another and the young judges had 12 minutes to judge one group, then 12 minutes for the second.

They then had to write down their placings and choose which group they wanted to talk about. They had three minutes to write down comments, before waiting their turn to speak.

Will, who was last to speak, said talking in public was probably what he found the easiest. It was the judging that was hard.

What the Australians looked for in merinos was different from what he was used to in New Zealand. They were heading more down the track of a dual-purpose sheep, while he was judging more for wool.

Only the first three placegetters were announced and Will said it would have been interesting to know how he fared.

He described the experience as "awesome". Just being able to go and have a look at the show was great, but being able to thoroughly look over and judge the eight sheep was the "real learning curve".

Will thanked the New Zealand Sheep Breeders Association and the Royal Agricultural Society of New Zealand for making the trip possible.

All aspects of the show were huge and it was great to have the opportunity to see so many quality sheep entered. Some classes had more than 20 entries.

Through his involvement with beef cattle, Will became involved in a dairy handler's competition.

His parents, Anton and Liz Gibson, who farm at Middlemarch, have a Santa Gertrudis stud. He started a Hereford stud two years ago.

Showing a dairy heifer was an interesting experience, much different from showing beef cattle.

Will has his own flock of coloured merino sheep, with which he has enjoyed considerable success. They started lambing last week. He has only got a couple of Herefords left to calve.

Last week, he went to Lincoln University, where he planned to begin a Bachelor of Commerce degree in agriculture next year.