It is not unusual for Workplace First Aid Training managing director Phil Hudson to be approached in the supermarket and told how his training had ``kicked in'' when a situation arose.

When Mr Hudson received the Future Business Leader award at the recent Westpac Otago Chamber of Commerce Business Awards, the citation said his impact on the greater Otago community was ``immeasurable''.

Since 2004, he had been sharing his knowledge and passion for first aid with community groups, schools, organisations and members of the public.

Mr Hudson (37) turned a passion into a job and, when that happened, it did not feel like work, he said.

Mr Hudson works out of the Vauxhall home he shares with wife Tracy and their three young children. His business has clients from Timaru south and throughout Central Otago.

It provides first-aid training to most secondary schools in Otago and about 90% of primary and intermediate schools.

An interest in scuba diving inadvertently led to Mr Hudson's passion for first aid. After leaving secondary school, he headed to university ``because I thought that's what you had to do''.

He lasted two weeks and realised he did not want to take that career path; instead, he wanted to become a scuba diving instructor.

He graduated as the world's youngest instructor, on his 18th birthday, and stayed in the dive industry for six years.

By default, being involved in that industry also meant being a first-aid instructor and he started doing more first-aid courses than dive courses.

He found he enjoyed teaching it more than scuba diving and, indirectly, it was transforming people's lives, he said.

He set up his own business in 2004 on April Fool's Day, which might sound an inauspicious day but it was also the day on which tech global giant Apple was launched in 1976, he quipped.

Mr Hudson worked as a part-time life-guard at Moana Pool, which was also useful for networking.

He then spent five years as district manager for Surf Life Saving Otago before the role was disestablished as part of national restructuring.

It got to the stage where he and his wife had some tough decisions to make. He was approaching burnout and he realised that he needed to take a step back and look at what he was doing.

He needed another trainer but then he had to make sure the new hand was as good, if not better, than him.

Schooling a new trainer proved a massive learning curve. He ended up writing his own instructor's induction programme and now, someone with no qualifications could be trained in one month.

Winning the future leader award was very humbling and Mr Hudson stressed he accepted it on behalf of the Workplace First Aid Training team.

``I've got no staff but a really good team. We've got pretty ambitious business plans ahead of us. I can't do it myself,'' he said.

He had changed the way he worked - ``I'm not on the tools as much but I'm setting the direction'' - and pulled back on teaching courses.

The business had both an advisory board and a governing board, run by ``really competent people'' so ideas could be bounced around.

First aid instructing used to be ``quite dry and boring'' but he had changed that perception, he said.

When he started the application process to become a private training establishment, the goal was to become the leading provider in Otago-Southland.

Mr Hudson, who is also an underwater helicopter escape trainer, said he genuinely cared about people and it was all about helping others. He has also started the Global Destination Challenge, which involved challenging businesses, organisations, individuals and community groups to clean up an area, with the added option of planting a fruit or nut tree.

When Workplace First Aid Training delivered first aid courses in the outdoors, rubbish was often found. Now, participants donned gloves and grabbed rubbish bags to spend some of their course,time cleaning up the area. Other groups were being challenged to do the same.

``Hopefully it really does take off,'' Mr Hudson said. 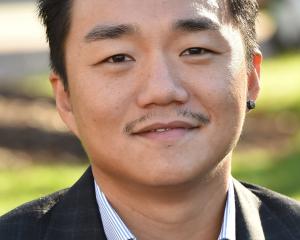