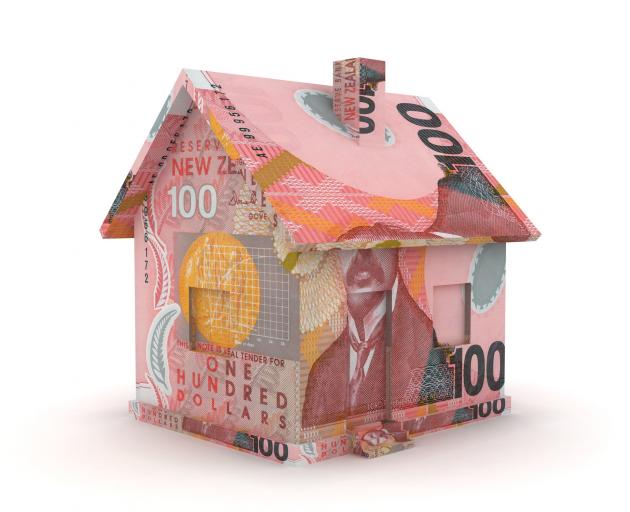 The strength of lending is currently being driven by owner-occupiers - first-home buyers and other types. Investors generally are on a steady downwards trend. Photo: Getty Images
Landlords’ appetite for investment property did not change much towards the end of last year, still accounting for about 17% of all borrowing.

Reserve Bank data showed investors had a slightly stronger appetite for property, borrowing $1.3 billion in October but rising to $1.53 billion in November. But their activity is staying relatively level and their share of buying remains significant.

Landlords or investors accounted for 16.9% of all new mortgage commitments in New Zealand in November, almost level with October’s 17%.

All new mortgage commitments by all types of borrowers were $9.1 billion in November, up 18% from October last year.

There are glimmers of hope for a category of buyer the Government has been trying hard to encourage.

First-home buyers borrowed $1.7 billion in November, up $286.5 million from the previous month and up 8.3% from last year.

New mortgage commitments to other owner-occupiers were up from $4.9 billion in October to $5.7 billion in November, and rose 6.5% annually.

He sees three key trends in the latest data.

‘‘First, the overall lending figure was still strong at $9.1 billion, a little lower than the same month in 2020 of $9.3 billion but still the fourth-highest monthly total on record,’’ he said.

The strength of lending was driven by owner-occupiers - first-home buyers and other types. Investors generally are on a steady downwards trend.

‘‘Clearly, that will be reflecting the 40% deposit requirement, tougher tax rules, and probably also the changing economics, with property yields now quite low and costs rising, especially mortgage rates,’’ he said.

Second was the breakdown of the lending figures by loan to value ratio (LVR). This data measured what borrowers wanting more than 80% LVR got and showed $640 million went to first-home buyers, $177 million to investors and $824 million to all borrower types.

Third, there were signs first-home buyers were behind the overall easing in owner-occupier high LVR lending in November.

High LVR lending as a share of the first-home buyer total in November dropped fairly sharply, from 42.5% in October to 36.8% in November. That was the lowest figure since April, Mr Davidson said.

From November 1, 10% of banks’ lending can be to owner-occupiers with a deposit or equity of less than 20%.

Banks had been allowed to do up to 20% of new lending to owner-occupiers with a loan to value ratio over 80%.