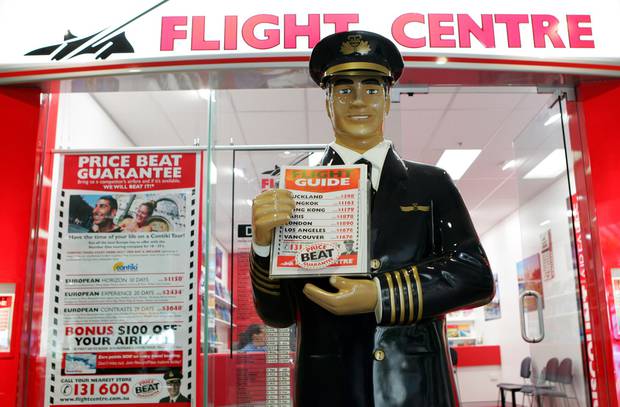 The travel agent says most of the job losses would come from its retail arm and follow about 600 people across the group who have been made redundant or left voluntarily since the Covid-19 pandemic struck.

Flight Centre had 1200 staff and more than 130 stores at the start of the year. It announced 58 store closures in April.

"We are gutted to again be reducing our team and farewelling a large number of talented and passionate people from our business. Our people are at the core of who we are, so this is of course, heartbreaking," he said.

Staff were offered, and some had accepted, voluntary redundancy. Those people would be able to access the Government's Covid relief payment. Those who wished to stay on in the business have been offered a role.

"As borders remain closed we have been forced to make this difficult decision to ensure our business stays viable, protecting our customers' refunds and credits, and then opening up the world for Kiwis as border restrictions lift," he said.

Travel restrictions have practically halted travel overseas by Kiwis and although the firm handles some domestic corporate bookings they are a small proportion of revenue for the firm.

The global travel group reported an $A662 million net loss ($NZ708m) for the 12 months to June 30, compared with an $A264m profit the year before. It was its first loss since being listed on the Australian sharemarket 25 years ago. New Zealand figures are not broken out.

The group, however, has $A1.1 billion in available liquidity, boosted in April by an $A700m capital raising and $A200m debt.

The company has been paid more than $11m in the three tranches of wage subsidy in this country.

The firm has worked with more than 200 companies across New Zealand, sourcing roles and distributing these opportunities to all impacted Flight Centre staff.

The impact of Covid-19 had been sudden and dramatic, Coombes said in an internal paper about the firm's experience of managing it.

"Our objective changed from mitigation and protection measures to survival mode. Survival required bold, extreme and often impossible decisions made at a pace we have never operated at previously."

It is now part of a Government scheme to recoup more than $600m Kiwis have spent on travel overseas. Agents will be paid a commission on the sums they recover.