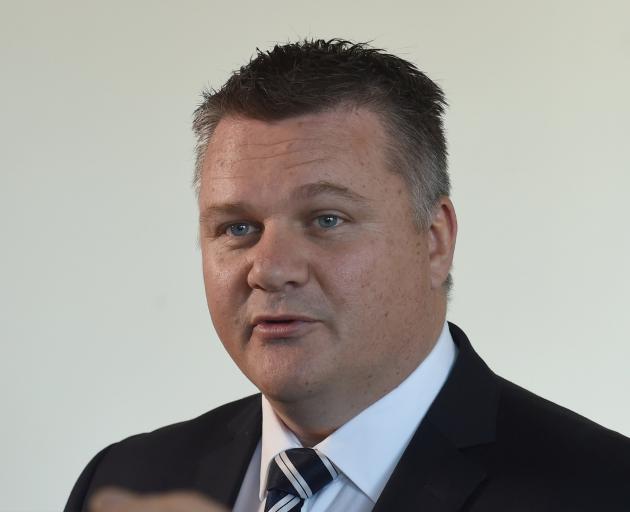 Fonterra chief executive Miles Hurrell. Photo: ODT files
Fonterra says it remains on track to deliver on its forecast earnings guidance of 15 cents to 25 cents a share for the year, despite market challenges related to Covid-19.

The world's fifth largest dairy company reported improved earnings figures for the third quarter today, and said it should deliver on its target for gross margin to rise $244 million on last year to $2.5 billion.

The co-op announced total group normalised earnings before interest and tax for the nine months to April 30 is at $815 million, an increase of $301 million year-on-year.

Fonterra chief executive Miles Hurrell said the cooperative has continued its focus on cost control and reduced its operating expenses by $148 million on the same period last year.

Hurrell said that based on the first nine months' performance, Fonterra was expecting full year underlying earnings to be at the top half of its range.

"However, there are significant uncertainties in the last quarter. For example, how quickly the foodservice sector recovers, timing of shipments, and how the broader economic downturn will impact our business."

Analysts said the company's forecast farmgate milk price range of $5.40 per kilogram of milksolids to $6.90/kg MS for the coming season is incredibly wide, albeit the dairy market has been volatile and at this stage it "remains unclear how market dynamics will play out."

NZX senior dairy analyst Amy Castleton said its own forecast for 2020-21 currently sits at $6.20/kg MS, close to the mid-point of Fonterra's range.

She said while the improved ebit figures for the third quarter are a good result for the co-operative, the market will remain challenging, particularly in food service, and it will be difficult for Fonterra to maintain momentum in the fourth quarter.

"The co-operative has flagged the uncertainties that remain in place for the remainder of the 2019-20 financial year and heading into next season, and appears to be planning for these impacts," she said.

Sales into China have slowed

Hurrell said that the Chinese recovery in the foodservice sector had recovered relatively quickly, with sales falling in February but bouncing back to more normal levels in March and April.

"We are now seeing the impact of covid-19 across our foodservice businesses in Oceania, South East Asia and Latin America. We expect this impact to also show up in our fourth quarter results."

The ingredients business delivered a normalised ebit of $668 million in the nine months to April 30, up 9 percent from $615 million on this time last year, mainly due to improved margins.

Hurrell said while the consumer business benefited from a spike in sales as people stockpiled and bought food to cook at home, this was not sustained through the pandemic lockdowns.

"This was mainly due to cost savings across all regions and gross margin growth in Asia," Hurrell said.

Hurrell said the market remained uncertain on the back of the global Covid-19 crisis and was like nothing Fonterra - accustomed to shifting product in response to changing global market conditions - had ever previously experienced.

"Like other businesses, we will feel the impact of Covid-19 and its flow-on effects but how and to what extent is still uncertain. We are drawing on all our experience in managing market volatility."