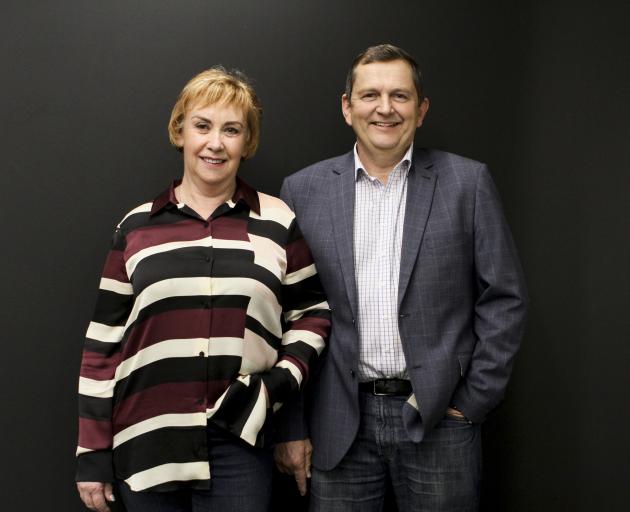 Dunedin Night ’n Day directors Andrew and Denise Lane appear in a new book focusing on franchise owners in New Zealand. PHOTO: SUPPLIED
Two Dunedin-founded franchises among some of the oldest in the country will share their stories in a new book.

But both say it was not an easy journey getting off the ground.

CrestClean managing director Grant McLauchlan said it was "a real battle" getting funding in the early 1990s as hardly anyone knew anything about franchising.

Night ’n Day director Andrew Lane said it was tough even finding a consultant in New Zealand who could advise them when looking at the option of franchising the business.

One thing has not changed since both Night ’n Day and CrestClean opened their first franchise locations in Dunedin almost 30 years ago: the importance of looking after your franchisees to the point where they are almost like family, Mr Lane said.

"Our first three franchisees are still with us today and two of their sons have opened up their own stores. "It’s special that they were born into Night ’n Day and are still with us, but seeing all the franchisees getting a good return back and enjoying themselves is the biggest reward for us."

Mr McLauchlan said it would be impossible for a franchise to succeed if the franchisees were not the top priority.

"CrestClean has grown to 650 franchise businesses operating across 17 regions and you can’t achieve that without great people, systems and culture.

"We have home ownership as a key performance indicator for our franchisees and seeing so many of them achieve it is a highlight to us all," Mr McLauchlan said.

The owners of CrestClean and Night ’n Day join other franchise leaders to share their stories in the book New Zealand’s Top Franchise Leaders, Secrets Revealed, written by Pete Burdon.