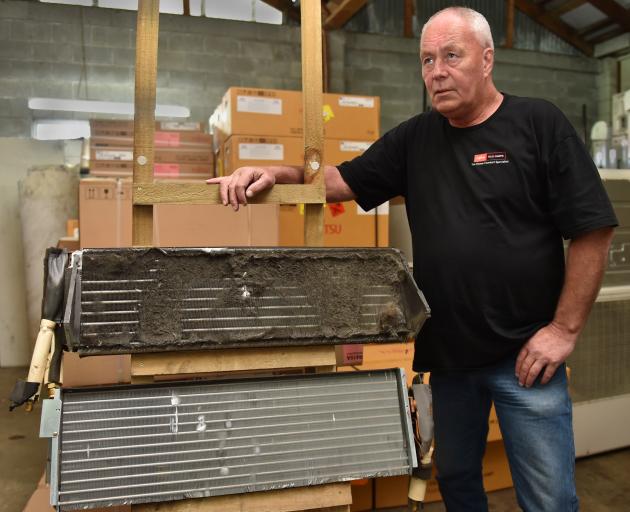 Ocean Contracting - also trading as Ocean HeatMaster - faces 10 charges under the Fair Trading Act for "representations made during servicing of heat pumps''.

The charges relate to complaints from Otago and Southland customers, who received cold calls from Ocean Contracting in 2016 or 2017, and subsequent visits to service their heat pumps.

The majority of complainants were pensioners.

The commission believes Ocean Contracting misled consumers by telling them that their heat pumps were leaking gas and that it would cost between $180 and $400 to "top up'' the refrigerant gas.

"The commission alleges that none of the complainants' heat pumps required a refrigerant top-up and the evidence gathered by the commission suggests that Ocean Contracting did not actually carry out the gas top-ups which it held out as necessary,'' the commission said in a statement.

Madeline Clark of Halfway Bush, complained about Ocean Contracting services in 2017 after two Ocean HeatMaster service technicians visited her home and advised her the pump had a gas leak.

They quoted her an additional $350 to replace the gas after charging $125 for the cleaning service. She agreed and the work took "around 10 minutes'' she said.

"It would also have taken much longer than 10 minutes to clean and fix it.

"We'd estimate around two to three hours work including the cost of gas - around $250 plus GST for a full replacement.'' Ocean HeatMaster subsequently waived Ms Clark's $350 invoice.

It is understood that the Christchurch company does not have local Otago representation and services its Otago and Southland clients from a mobile unit.

Appointments are made by cold calling prospective clients, many of whom are pensioners.

McClelland Refrigeration owner John McClelland said a full heat pump service should cost around $125 to $140, depending on whether it was a high wall or a floor unit respectively.

He said there were ``no surprises'' that the company had been

"It's an ongoing industry issue. A lot of these service contractors actually do [very little]'' he said.

He warned consumers against using companies that "cold called'', suggesting that people should seek out a reputable company who also sells and installs heat pumps.

"Otherwise you get someone who basically takes 20 minutes, cleans the filter and wipes the unit down - nothing you couldn't do yourself for next to nothing,'' he said.

Mr McClelland said pumps should require proper servicing only every two years, but said it was still important to regularly clear filters.