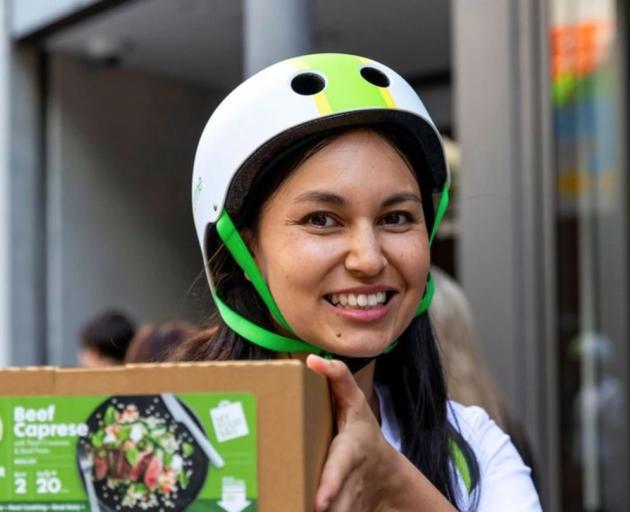 My Food Bag founder Nadia Lim. Photo: Supplied via NZ Herald
Meal maker My Food Bag has had a weak debut on the stock exchange.

Speaking to RNZ before trading started chief executive Kevin Bowler said it was the culmination of a lot of work to achieve a long standing ambition.

"We're pleased to have got to today, it's been something we've been planning on and thinking about for a long, long time."

A traditional listing event, including the ringing of a bell to symbolise the start of trading, was not held because of Covid-19 restrictions in Auckland.

The $342 million share float was the largest in the country for seven years, with the bulk of shares taken up by local investors, ranging from investment funds, staff, and customers.

The bulk of the shares sold came from private equity firm Waterman Capital, with smaller parcels from founding shareholders - Cecilia and James Robinson and Theresa Gattung. TV chef Nadia Lim was also a shareholder. Current shareholders have retained a combined 25 percent, but are unable to sell further until next year.

Last year the company made a profit of $8.2m from revenue of $153.3m after it received a boost from demand from consumers locked down because of Covid-19.

Three weeks ago the company had to clarify comments about financial forecasts made by Bowler which appeared to be in conflict with those in the product disclosure statement.

"We've got numbers in the market that we are confident and believe in and nothing's really changed," Bowler said.

"We're now in an exciting stage; we've got thousands of Kiwis who are shareholders, and we hope they'll be supporting us both as shareholders and also customers."

He said management would be focusing on growing the business and innovating products.

The company has a secondary listing on the Australian stock exchange, which has been taken as a sign it will look to return to Australia after pulling out of several years ago to concentrate on the New Zealand business.