Economic growth for New Zealand is forecast to have a 3.1% annual rise when figures are released on Thursday but there is a chance GDP growth could be higher.

Statistics New Zealand will on Wednesday release the December quarter balance of payments followed the next day by gross domestic product growth figures.

The ANZ was picking quarterly GDP growth of 0.7% and annual growth of 3.1%.

He expected primary industries to recover from September's weakness. Milk production in the December quarter was affected by the weather.

''Thanks to another strong quarter for the forestry sector - sawn timber and log exports up 11% - and what appears to have been a decent performance from horticultural sectors - we see overall primary sector activity lifting by 0.4% quarter-on-quarter.''

Goods-producing sectors were expected to show 0.8% quarterly growth due to a combination of modest growth in construction activity and a further small lift in manufacturing production, he said.

Partial data for the latter suggested a lift in both food manufacturing, largely due to a jump in livestock slaughtering, and underlying core manufacturing.

Retail spending ended the year on a stronger footing, in part due to a rebound in accommodation and food services, and wholesale trade also looked set to post growth, Mr Borkin said.

Professional and administrative services should continue to record a ''solid run'' of growth.

The one soft spot was likely to be the arts and recreational services sector, where activity was expected to ease in the quarter.

A fall in net exports should be offset by growth in private consumption, modest growth in residential investment and a solid lift in other fixed asset investment.

After dragging on growth for the past three quarters, inventories were also expected to make a positive contribution, he said.

However, the recent flow of data had suggested if there was to be a growth wobble, it was unlikely to be a larger one.

''That's encouraging in terms of what it suggests about the economy's flexibility and resilience. The fourth-quarter GDP figures are consistent with that reasonable figure.''

The bank's longer-term views on the outlook had not changed, Mr Borkin said.

The economy was late in the cycle and growth was off its 2015-16 peaks. Firms were facing greater margin pressure. The low-hanging fruit of growth had largely been picked and productivity growth was needed to lift to maintain decent rates of activity growth.

At a time when house price growth was unlikely to race away, or fall sharply, households rebuilding precautionary savings was probably hurting spending growth, he said.

''This message shouldn't be confused with us being negative on the outlook from here. It's just that we only see growth around trend for the next year or so, which is of course nothing to be scoffed at.''

The ANZ had forecast a balance of payments deficit of $1.7billion, about $400 million larger than in September. 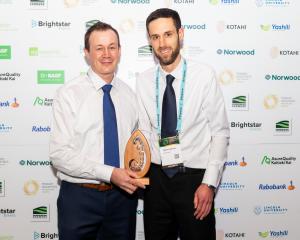 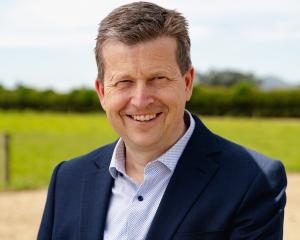 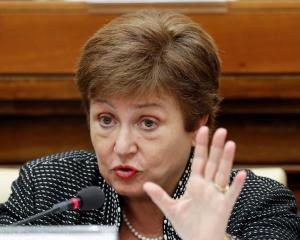