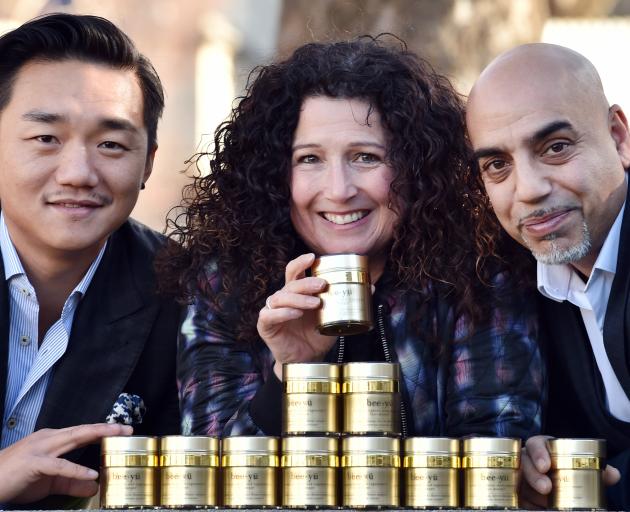 The foundation of Bee yu's skincare range is active manuka honey and bee venom as well as a healthy dose of New Zealand-sourced botanicals, including kiwifruit, harakeke and totarol extract.

Manufactured in Nelson by nutraceutical company Alaron, the brand is being well received locally and in the United Kingdom where the majority of sales are online, those behind it say.

The brains behind the startup were sisters Sally and Penny Richards, based in Dunedin and Nelson respectively, business contact Jeevan Verma and Dunedin restaurateur Andre Shi, who backed the business when it expanded to include startup bee tourism cafe and honey extraction business Buzzstop in Queenstown.

The four investors subsequently disinvested from Buzzstop to concentrate on the growing skincare business, initially launched in 2016 at New Zealand's Fashion Week.

Mr Verma said the order book had grown about 60% year on year since, starting with one 20-foot container into the UK.

The company has also recently signed a distribution agreement into China.

The company's biggest seller was its honey and botanical anti-ageing face masque, which includes bee venom as an active ingredient.

''Men are actually the fastest growing segment of our market,'' Mr Verma said.

''For example, we've had a presence at the Wanaka Show over the past few years where we've captured a loyal male following.''