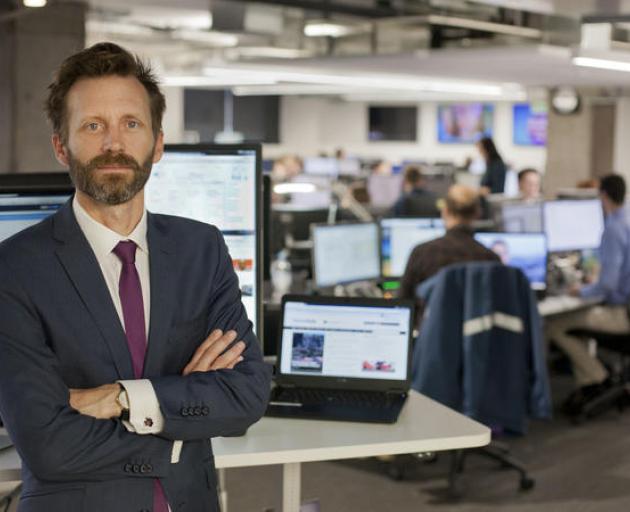 His resignation comes after the media company announced it would sell its TV business Three.

Crawford will be returning to Australia to be with his family, saying the timing has nothing to do with the sale.

"It's a special place and very hard to walk away from. I have felt supported by a very fine group of people from the moment I walked in in 2016, and together we have achieved a lot and told some very important stories."

MediaWorks said a search for Crawford's replacement will begin right away.

Crawford joined the company in July 2016, replacing Mark Jennings - the country's longest-serving senior news boss who had been with TV3 since the channel was founded in 1989.

He cut his teeth at the West Australian newspaper, before moving abroad to join Radio Netherlands, and back to Australia with NineMSN, the online platform of commercial TV channel Nine.

"Radio and television offer a certain amount of data about how the audience is reacting to what you're doing, but it's not detailed. But on social media, you're getting signals about what people value and use. That can inform what you do on other platforms."

More recently, he criticised the way television media was set up in New Zealand, saying it was broken and Newshub was part of a business "struggling to keep its head above polluted waters".

He said TVNZ inherited its infrastructure and audience from a public broadcaster and pretended for a few years to be a commercial enterprise.

"But when the going got tough, instead of shrinking, they were allowed to act in a non-commercial way," he wrote.

"While they are losing this money, they will be taking a disproportionate amount of government funding from New Zealand On Air."